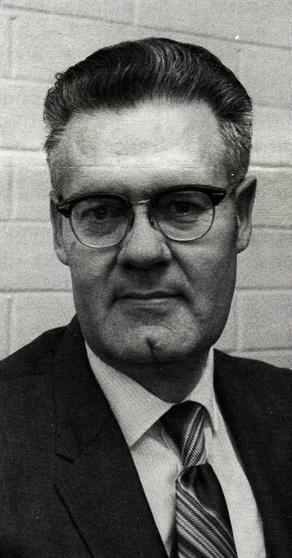 Education of the Deaf in Utah:
​A Comprehensive Study 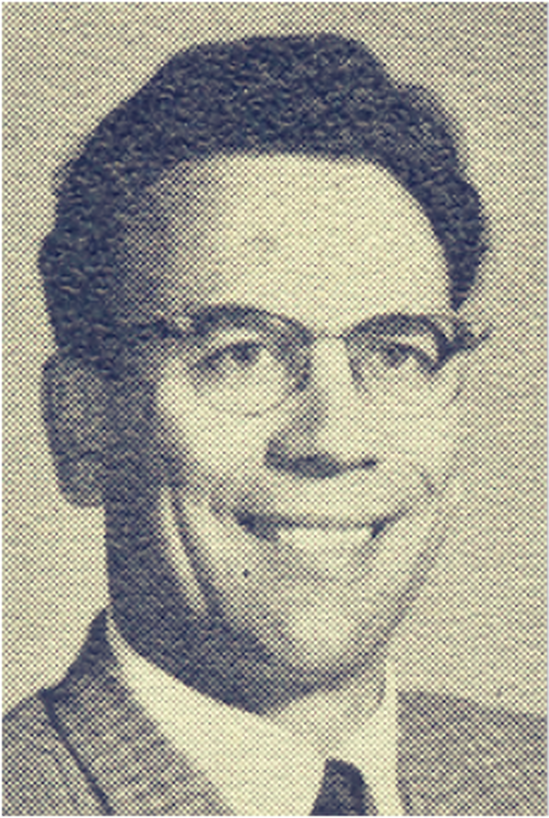 Dr. Grant B. Bitter
When the Utah State Board of Education approved the Dual Track Program (Known as Y System) in June 1962, the Utah School for the Deaf (USD) in Ogden was divided, with Oral and Simultaneous Communication Division each having its own , dormitory facilities, recess, and co-curricular activities, except athletic programs (The Utah Eagle, February 1968; Wight, The Ogden Standard-Examiner, October 19, 1970).
​
By the time, the Dual Track Program was initiated in August 1962, the philosophy of USD for prospective teachers changed to oral. Speech became the primary means of communication in the classroom for deaf students. The new policy was called a “Y” system, meaning that all children had to start in the oral program in the Primary Department. The USD administrators felt the Dual Track Program provided certain advantages that a single track could not offer (The Utah Eagle, February 1968; Wight, The Ogden Standard-Examiner, October 19, 1970).

The USD was divided into two channels. One channel was the Simultaneous Communication Division and the other channel presented an oral atmosphere. It was the beginning of the segregation of Deaf students. Despite the student strike in 1962 and again in 1969 against the “Y” system, no one listened.

In the Primary Department, a Deaf child was initially trained through the oral approach during his/her first six years of schooling. After six years in the residential school at Ogden, a committee meeting took place to determine whether or not to continue the oral program for that student or to transfer the student to the simultaneous communication program, based on school performance, test results and other factors (The Utah Eagle, January 1968).
​
For nearly ten years, the Utah Deaf community and parents who supported sign language fought against the “Y” system, and no one listened (Kenneth L. Kinner, personal communication, May 14, 2011). Finally in 1970, the Utah State Board of Education approved a new policy and again in 1977 to offer a dual track program, replacing the “Y” System, designed to provide parents a choice between the oral method or the total communication method of instruction for a Deaf child from 2 ½ to 21 years old of age (Kenneth L. Kinner, personal communication, May 14, 2011, Recommendations on Policy for the Utah School for the Deaf, 1970; Deseret News, December 29, 1970).

However, parents were not given a complete picture of the educational methodologies available to their children (Campbell, 1977). Inappropriate placement procedures were often made despite policies having been enacted by Utah State Board of Education in 1970, 1977 (mandated by the USBE) and 1998 USDB Communication Guidelines requiring USD to give parents full options from which to choose.

Dr. Jay J. Campbell, then Deputy Superintendent of the Utah State Office of Education and an ally of the Utah Deaf community, was appointed in 1966 by Utah State Office of Education to supervise the Utah School for the Deaf. During his supervision, he observed the constant controversy between Dr. Grant B. Bitter, a strong espouser of hard core oralism, and Dr. Robert G. Sanderson, a Deaf Education advocate, as well as the controversy between the two programs at USD over communication methodology. In order to strengthen the USD programs, Dr. Campbell began a study on Deaf Education in 1975, which was authorized by Utah State Board of Education (Campbell, 1977; Dr. Jay J. Campbell, personal communication, July 1, 2007).

After two years of comprehensive study and having worked with outside neutral researchers, Dr. Campbell finished the report on February 15, 1977. The results were based on data gathered between 1960 and 1977 and included those being mainstreamed in the school districts and those under the auspice of the Utah School for the Deaf. He hoped his study would help solve the constant controversy between oral and total communication and strengthen the programs at the Utah School for the Deaf (Campbell, 1977).

On April 14, 1977, Dr. Campbell’s study with recommendations on improving USD’s education through fair evaluation and placement procedures was shared with the Utah State Board of Education (Campbell, 1977).

During the study, the Utah State Office of Education appointed Dr. Robert G. Sanderson to conduct a survey of the alumni of the USD to confirm their feelings about the education they received at the school. The survey compared graduates from the USD prior to 1948, those who had graduated 1948 to 1959, and those who graduated 1960 to 1977. The results showed a marked difference in feelings. Those that graduated prior to 1949 seemed to like school, understood the teachers, and liked the administrators much better than those who graduated from 1960 to 1977. The results of the students graduating between 1949 and 1959 fell between the two other categories (Sanderson, 1977).

Under the influence of Dr. Bitter, then a professor at the University of Utah, this study however stirred controversy among parents who advocated oral education. He gave his presentation against Dr. Campbell’s study, stating his report contained inaccuracies and inferences both about the Teacher Education Program, Area of the Deaf at the University of Utah and educational programs within the State of Utah (G.B. Bitter, personal communication, March 6, 1978). While Dr. Bitter and Peter Viahos, an Ogden attorney and father of a Deaf daughter, gave a presentation, they received cheers and standing ovation from over 300 parents who advocated oralism (The Ogden Standard-Examiner, April 15, 1977).

Again, under the influence of Dr. Bitter, the parents urged the State Board to suspend Dr. Campbell’s comprehensive study; they were so distressed with his study that they demanded that he be fired. Instead, the Utah State Board of Education reached the decision to replace Dr. Campbell with Dr. Lerue Winget. Dr. Walter D. Talbot, State Superintendent of Public Instruction, assigned Dr. Campbell to a different position at the Utah State Office of Education (Dr. Jay J. Campbell, personal communication, July 1, 2007).

Soon after, Dr. Campbell's comprehension study was buried and forgotten. The trend at USD of establishing inappropriate placement procedures, partly due to unshared information, continued until the Parent Infant Program Orientation at USD was formed in 2010 to give fair, balanced options to parents of Deaf children. The new changes that are finally taking place in the PIP after being recommended by Dr. Campbell, to establish an orientation in the 1970s that Dr. Bitter rejected. 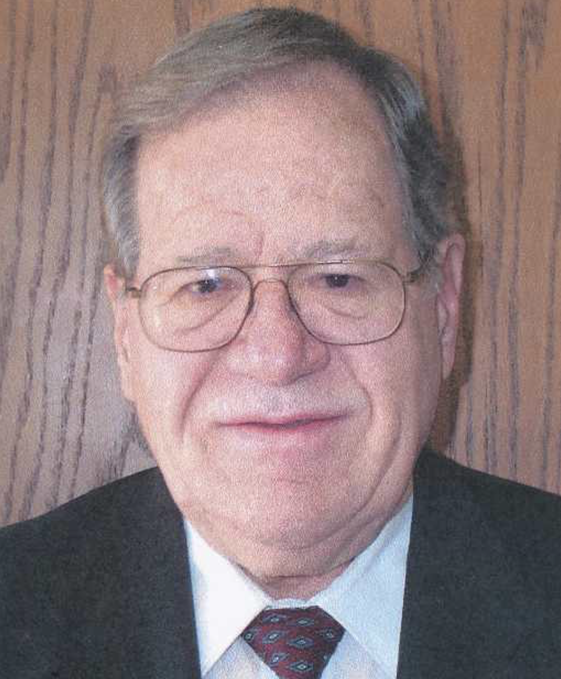 Kenneth L. Kinner, 2011
Thirty years later, in 2007, Dr. Campbell's comprehension study came to the surface as a piece of rich information. Fascinated with the Deaf Education History in Utah,  Kenneth L. Kinner, Utah School for the Deaf alumnus of 1954 and Deaf father of two Deaf children, brought Dr. Campbell's book "out of the dust" and gave the book to his daughter-in-law, Jodi Becker Kinner. Jodi, a Deaf parent of two Deaf children and Deaf Education advocate, became absorbed with his study and wanted to meet Dr. Campbell to learn more about his research.  Fortunately, her colleague, Julie Hesterman Smith, knew Dr. Campbell. In the summer of 2007, Jodi and Julie met with Dr. Campbell for an interview about his study experience and the new insights it gave him. It was a memorial interview. It was a great honor to meet with Dr. Campbell and his wife, Beth Ann. They were such a kind and humble couple!

Dr. Jay J. Campbell passed away on January 3, 2020, and is forever remembered as an ally of our Utah Deaf Community. At the age of 96, he left for a legacy of advocating for the rights of Deaf Education in Utah 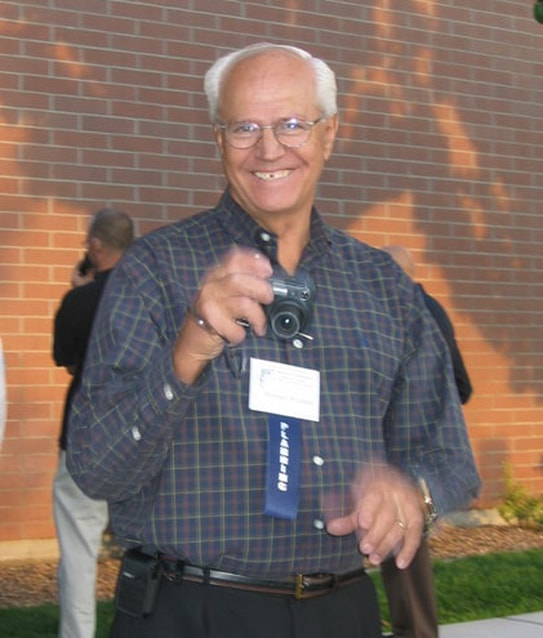 Norman Williams, USD alumni 1962 and father of two Deaf daughters, Penny and Jan, remembers finding Dr. Campbell’s Comprehensive Study in the trash can as he was cleaning in the State Office of Education a few years after that fateful presentation. He had heard so much about this study. He was thrilled to have the book in his hands (Norman Williams, personal communication, January 20, 1010).

Thanks go to Kenneth L. Kinner and Norman Williams for saving Dr. Jay J. Campbell's book all these years. ​


Dr. Jay J. Campbell’s research book with recommendations:
Education of the Deaf in Utah: A Comprehensive Study
​February 15, 1977
​
~~~~~~~~~
A. FRONT COVER - Education of the Deaf in Utah
B. Study on the Education of the Deaf – Table of Contents
C. Introduction & Statement Problem 1 – 32
D. Study of Deaf Children in Utah School District 33 – 41
E. Sample of Opinions of Parents of Older Students at the Utah School for the Deaf 42 – 74
F. Input from the Professional Staff of the Utah School for the Deaf 75 – 90
G. Letters & Materials Received from National Leaders & Others in the Field of Education for the Deaf 91 – 104
H. Perceptions & Recommendations from Former Students 105 – 135
I. Recommendations from Professional Interpreters of the Deaf 126
J. Recommendations from Professional Counselors of the Deaf 127 – 129
K. Observations by the Writer 130 – 148
L. Report on the Utah School for the Deaf Submitted by Richard G. Keene 149 – 178
M. Conclusions 179 – 187
N. Recommendations 188 – 190
O. Appendix A  191
"Thank you for sending me the "Deaf Education History in Utah” paper you have written.  I am very impressed with it and all the work you have done.  You are to be commended. I hope that people who really are interested in this subject will take the time to read your paper. As you know, I really don't believe many people ever read it (He is referring to his "Education of the Deaf in Utah: A Comprehensive Study" book that was presented to the Utah State Board of Education in 1977. It did not go well. Soon after, his study was left buried and forgotten for years). Thanks for bringing it "out of the dust." Beth Ann and I were really happy to meet with you and get acquainted." ~ Dr. Jay J. Campbell, July 1, 2007 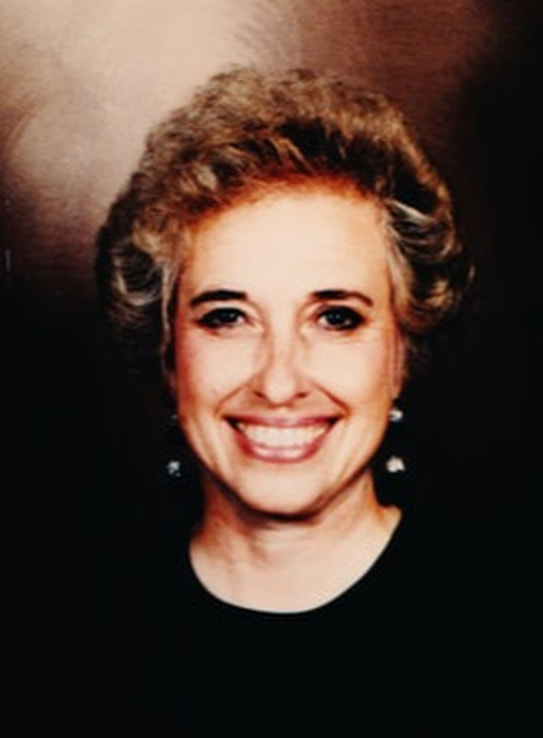 Beth Ann Stewart Campbell
Dr. Jay Junior Campbell was born in Burley, Idaho on December 29, 1924 to Chesta Marie Rasmussen Campbell and John James Campbell. He served in Europe in the United States Army from July 22, 1943 to April 27, 1946.
​
He graduated from Burley High School (1943), Ricks College with a BA in Music (1950), University of Utah with an MS in Music (1951) and an Ed.D. in Educational Administration (1957). He was Chairman of the Division of Fine Arts at Adams State College, Alamosa, Colorado from 1953 to 1966. He was appointed Deputy Superintendent of Schools, Utah State Board of Education in 1966. He was the Utah Coordinator for the study “Designing Education for the Future” and supervised the three junior colleges and the Utah School for the Deaf and the Blind under the State Board of Education.

Jay married Beth Ann Moon Stewart of Salt Lake City in 1976 and they were married 43 years.  Beth Ann Stewart is a well-known figure in the Utah Deaf community. As a child of Deaf parents, she has the distinction as being the first nationally certified interpreter in the United States and she is also a former director of the Utah Community Center for the Deaf.

After retirement, they enjoyed escorting both deaf and hearing people on tours (Cruises and Bus Tours). They also served as full-time missionaries of the Church of Jesus Christ of Latter-day Saints in the Family and Church History Mission for one year starting January 3, 2003. They then served as missionaries at the Utah State Prison from March, 2004 to July 22, 2009. They kept busy reading, Church Work, Utah Daughters of the Pioneers. He conducted “The Messiah” for over 30 years and was the conductor of the “Swanee Singers” Male Chorus for 35 years.

Dr. Campbell passed away on January 3, 2020 in Holladay, Utah.
Notes

Campbell, Jay J. Education of the Deaf in Utah: A Comprehensive Study. Utah State Board of Education. Office of Administration and Institution Services, February 15, 1977.

Sanderson, Robert G. “Perceptions and Recommendations from Former Students.” Education of the Deaf in Utah: A Comprehensive Study. Utah State Board of Education. Office of Administration and Institution Services, 1977. (On reserve, Utah State Achieves: Series 8556).