Jean Massieu School of the Deaf 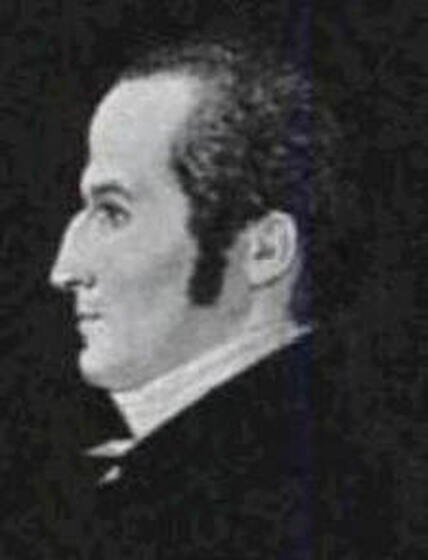 ​The Creation of a Bilingual/Bicultural Committee 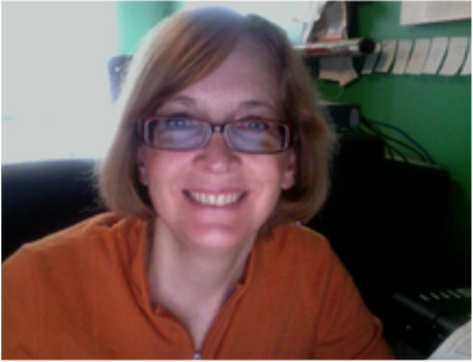 Minnie Mae Wilding-Diaz, JMS Co-founder
The Bilingual/Bicultural (Bi-Bi) Committee was formed at the UAD's biennial convention in June 1997, led by Shirley's husband, Dennis Platt, a newly elected UAD president, and David Samuelson, a UAD member, who made a motion for the association to form a Bi-Bi committee with Minnie Mae Wilding-Diaz as chair. She is a Deaf woman of third generation, married to a Deaf guy, and the mother of three Deaf children. In addition, she was well qualified professionally. This was the first time a motion was accompanied by a request for a specific person as chair.

The committee was formed to explore into the possibility of implementing a bilingual approach at USD and to discuss educational choices for Deaf students. Nobody could have guessed that this decision would lead to the establishment of a Deaf day school. The original goal of the committee was to look into the feasibility of adding a Bi-Bi option to Utah's Deaf education array (Minnie Mae Wilding Diaz, personal communication, June 30, 2011).

The Bi-Bi Committee met for the first time in October 1997, and Minnie Mae Wilding-Diaz was elected chair. Initially, there were about twenty-five people in attendance. The number of attendees reduced over the next few meetings. Attendees shifted from being largely Deaf to being a mix of Deaf and hearing people (Minnie Mae Wilding-Diaz, personal communication, March 29, 2010).
The Bi-Bi Committee Meets
​USDB Superintendent Lee Robinson 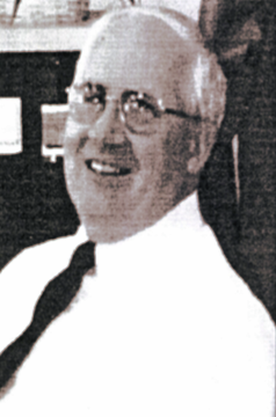 Dr. Lee Robinson
On March 30, 1998, the committee's two leaders, Minnie Mae and Jeff Allen, a hearing parent with a Deaf daughter, met with USDB Superintendent Dr. Lee Robinson and Assistant Superintendent Joseph DiLorenzo after months of searching for a suitable education program to recommend to the state of Utah.  The purpose of the meeting was to discuss the possibility of USD adding a Bi-Bi educational option. It seemed an idea whose time had come to Utah.  The Federal Bilingual Education Act of 1988 was the first to include deaf students, who were safeguarded by the legal definition of native language and limited English proficiency. In 1994, Utah Senate Bill 42 was approved, officially recognizing ASL as a language. Both federal and state laws serves to reinforce the UAD Bi-Bi Committee's request.​ However, school administrators at the Utah School for the Deaf  had no intention of offering or developing a Bi-Bi educational option. They were still not ready to incorporate ASL into their curriculum  (Utah State Legislature, 1994; Zapien, 1998). To paraphrase the administrators' advice to Minnie Mae and Jeff, "No thanks." "Good luck!" (Personal communication, March 29, 2010; Minnie Mae Wilding-Diaz). The Utah Deaf community, parents of Deaf children, and friends of the deaf, on the other hand, poured their support into the committee (UAD Bulletin, May 1988).
The Utah Charter Schools Act 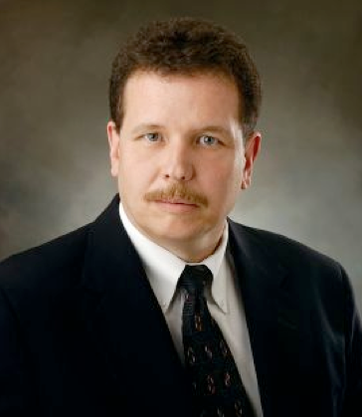 Jeff Allen, JMS Co-founder
The Bi-Bi Committee had been meeting every two weeks on a regular basis. Hearing parents began to show up in greater numbers. They decided to get engaged because they wanted their Deaf children to receive the best possible quality-education. The Deaf community in Utah agreed. The Deaf children were the UAD's future leaders. The committee's major purpose was to find or establish a program or school that would teach Deaf students using the "Bi'Bi" approach (Mortensen, UAD Bulletin, June 1998; Wilding-Diaz, UAD Bulletin, June 1999).

The Utah State Legislature was also working on a charter school bill at the same time as the committee. The Bi-Bi Committee was interested in this bill. They agreed to concentrate their efforts on passing the bill. This bill would make it possible for charter schools to be established within the state. At the end of the 1998 legislative session, the Utah Charter Schools Act was passed (Utah Charter Schools Act, 1998; Wilding-Diaz, UAD Bulletin, June 1999).

The Bi-Bi Committee took the next step and contacted Governor Mike Leavitt’s Office and the State Board of Education for an application to set up a charter school for the deaf (UAD Bulletin, May 1998). The timing of this action could not have been better. The Bi-Bi Committee began writing a charter school proposal in June 1998, which was approved by the Utah State Board of Education. The mission statement of this new charter school summarizes its main aim as "an educational entity that embraces ASL as the language of communication and instruction" (Utah Charter Schools Application 1998-1999, July 17, 1998).

On July 29, 1998, a monumental step was realized for Deaf children when the Utah State Board of Education approved the proposal. The Tuacahan High School for the Performing Arts was the first to be granted, and the Bi-Bi Committee's proposal was the second. By November of that year, the Board of Education planned to ratify applications from six more schools (UAD Bulletin, September 1998).

The Bi-Bi Committee began the process of establishing their own school. They intended to open in the fall of 1999. (UAD Bulletin, September 1998). The Bi-Bi Committee took an unprecedented step by presenting the Deaf community with three names to choose from for the school's name: Alice Cogswell School, George Veditz School, and Jean Massieu School. Each of the names had historical significance in the Deaf community.

In honor of Jean Massieu, a French Deaf teacher, the new charter school was named Jean Massieu School of the Deaf (JMS). His personal history is quite illustrious. Princes, philosophers, and even the pope traveled to see and to question him. He was the teacher and mentor for Laurent Clerc, the Deaf man who came to America with Thomas H. Gallaudet. Clerc helped Thomas establish the first Deaf school in United States, the American School for the Deaf, in Hartford, Connecticut, in 1817. Jean Massieu was bilingual as evidenced by his authoring an English-French dictionary, published in 1808  (Loida R. Canlas, Laurent Clerc National Deaf Education Center). Clerc was not the only successful student of Massieu‘s. Many of Massieu’s former pupils went on to direct schools for deaf children in other countries (UAD Bulletin, June 1998).

After months of preparation, on August 29, 1999, the Jean Massieu School of the Deaf (JMS) opened its doors to 21 students from preschool through third grade. Adding a grade each year, JMS has grown to encompass Pre-K through 9th grade. It provides full language access in ASL and English (Minnie Mae Wilding-Diaz, personal communication, March 29, 2010).

For six years, JMS operated as a Bi-Bi charter school on its own. Even though JMS received donations during this time, it was primarily supported by funding received from the state based on the number of students enrolled. Unfortunately, it was insufficient. The Utah Deaf Education and Literacy, Inc. (JMS Board) also had to deal with USD's unwillingness to notify parents and students about a new educational choice available in Utah: ASL/English bilingual (then called the bilingual-bicultural option). Parent Infant Program and other USD staff did not consider JMS a viable option for families seeking information about educational opportunities in Utah. They actually told parents that JMS was for students who had low educational abilities and/or were falling behind.
​The Merger Agreement Between
the​ USD and JMS ​Charter School of the Deaf 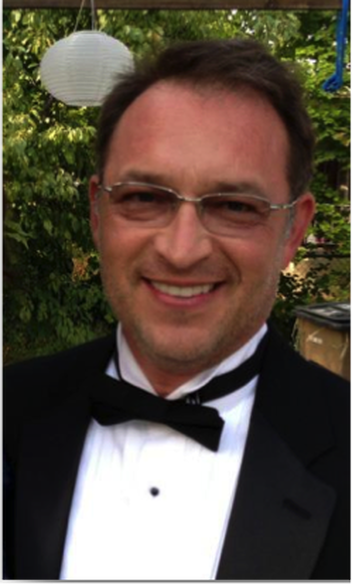 Joe Zeidner, JMS Leader
Under this kind of economic strain, the UDEAL board could not keep going under this kind of financial pressure. USD would be more ready to promote the ASL/English bilingual option if it were part of their state school, according to the reasoning behind the merger. The founders of JMS believed the merge will make the school and its philosophy more accessible to deaf children and their families across the state. A merger was also thought to secure JMS's quality special services, financial stability, and improved salaries/benefits for its employees (Stimpson, UAD Bulletin, March 2005).​

The decision to merge with USD was made due to a lack of financial resources and a desire to offer parents a bilingual choice through USD. The USD, on the other hand, declined to incorporate with JMS. As a result, the UDEAL had to engage with legislators to create plans for the merger. Joe Zeidner, an attorney and UDEAL board member who has a Deaf child, lobbied the state legislature in 2004 to have USD legally incorporate the Jean Massieu Charter School program into its educational offerings. USDB Superintendent Linda Rutledge had no choice but to support the merger or the USDB's funding would be slashed.

As a result of Joe Zeidner's efforts on behalf of the Utah Deaf Education and Literacy, Inc., the Utah State Legislature approved 'intent language' stating that the Utah State Board of Education would examine merging JMS with USDB during the 2004 legislative session. A steering committee drafted Letters of Intent and Terms of Agreement documents that would govern the merger of the two organizations after almost a year of ongoing negotiations. 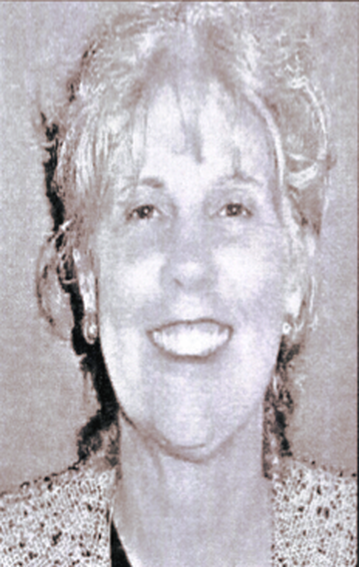 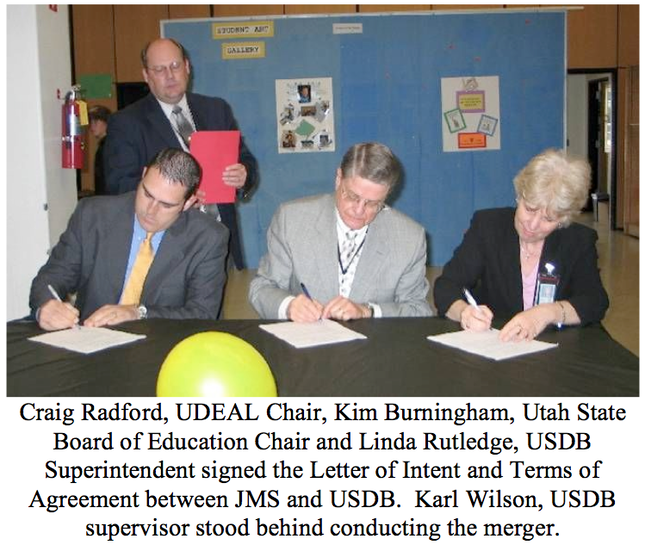 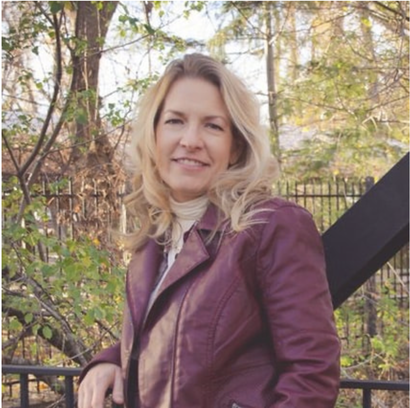 
For more information about JMS, please visit the "Minnie Mae Wilding-Diaz - Co-Founder of Jean Massieu School" page.
JMS Yellowjackets Mascot ​
In 2003, the design of the mascot was done by Doug Stringham, senior designer/art director at Stephen Hales Creative, Inc. of Provo, Utah. Doug, a hearing man who is heavily involved in the Deaf community, donated his time and skills to come up with this design. The yellow jacket proudly represents JMS with the “J” shape of the yellow jacket and its hands formed in the “M” and “S” hand shapes (Leanna Turnman, personal communication, 2009; Minnie Mae Wilding-Diaz, personal communication, March 29, 2010). 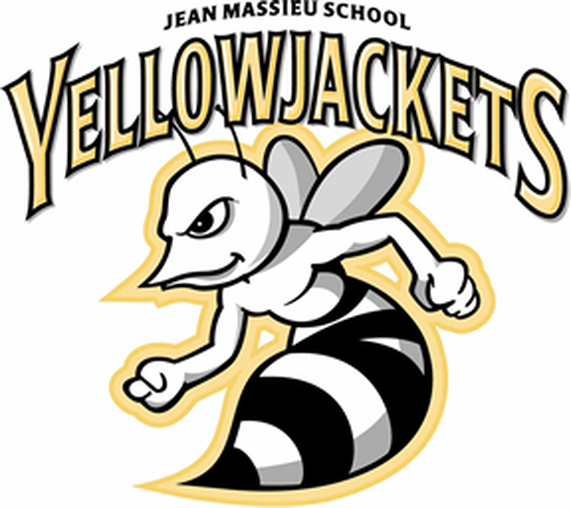