Published in 2016
Ronald C. Burdett, also known as "Ron," is no stranger to Utah. Kenneth C. Burdett and Afton Curtis, both Deaf, were his parents, and both graduated from and taught at the Utah School for the Deaf (USD).

Through Ron’s parents, he grew up and was educated at USD. In 1962, the school formed a new policy embracing the Dual Track Program, commonly known as the "Y" system, which meant that all students in the Primary Department started in the oral program and couldn't transfer to the Simultaneous Communication Division unless they had "failed" the oral program by the age of 11 or 6th grade (The Utah Eagle, February 1968; Wight, The Ogden Standard-Examiner, October, 19, 1970). Ron, then a sophomore, joined other high school students to participate in a student strike opposing the new Dual Track Program, with each program having its own separate classrooms, dormitory facilities, recess, and co-curricular activities, except for sporting programs (The Utah Eagle, February 1968; The Ogden Standard-Examiner, October, 19, 1970; Celia May Baldwin, personal communication, April 15, 2012). Ron was one of many students who disliked the new Dual Track Program's operation because it created a "wall" when oral and simultaneous communication students were not allowed to interact with one another. 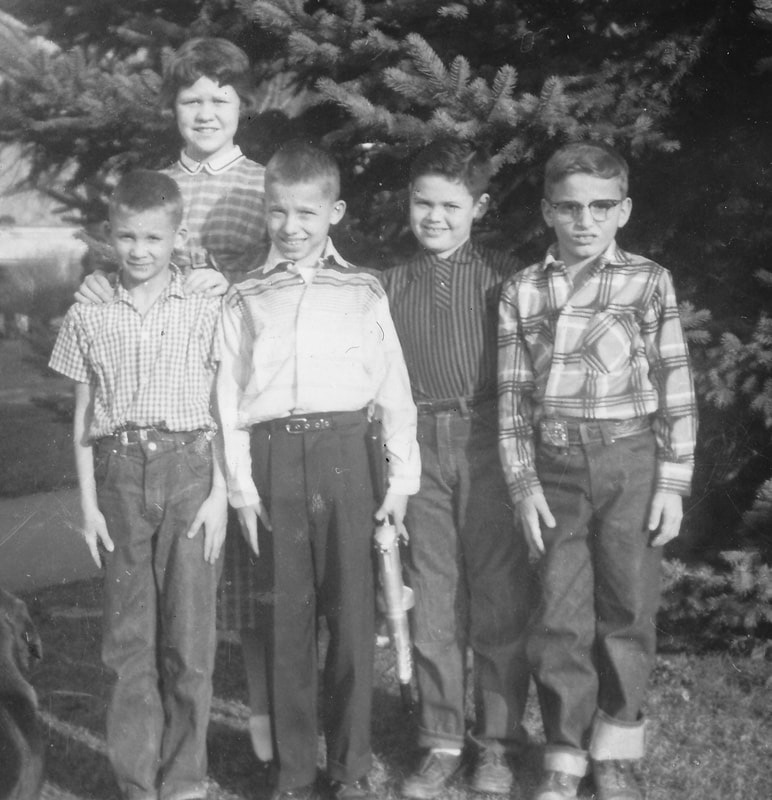 Ron Burdett, second from the left and his classmates at the Utah School for the Deaf.
While the USD education system was degrading academically and socially, and student morale was at an all-time low, Ron was finishing up his junior year. He attended the 100th year reunion at Gallaudet in 1964 with his classmate, Celia May Laramie Baldwin, and was "sold" on attending the college. Enrolling in the college preparatory course at Gallaudet would prepare him for college-level work the following year. After passing his entrance exams, he headed off to Washington, DC in the summer of 1965. He entered as a prep student, for what would have been his senior year in high school (The UAD Bulletin, Fall 1966). Ron’s father, a 1934 Gallaudet alumnus, had encouraged him to "take the plunge." He graduated from Gallaudet College in 1970, majoring in computer studies and accounting, and obtained a master’s degree in special education and rehabilitation from California State University, Northridge.

Ron eventually achieved success in a variety of fields. He had worked as a professor and Dean of Deaf Studies and Special Services at Ohlone College, as president of the California Association for Postsecondary Education and Disability, as division director of the Southern Utah Deaf and Hard of Hearing Division, and as Vice President of Community Relations at Sorenson Communications, Inc. over the years (UAD Bulletin, March 2006). 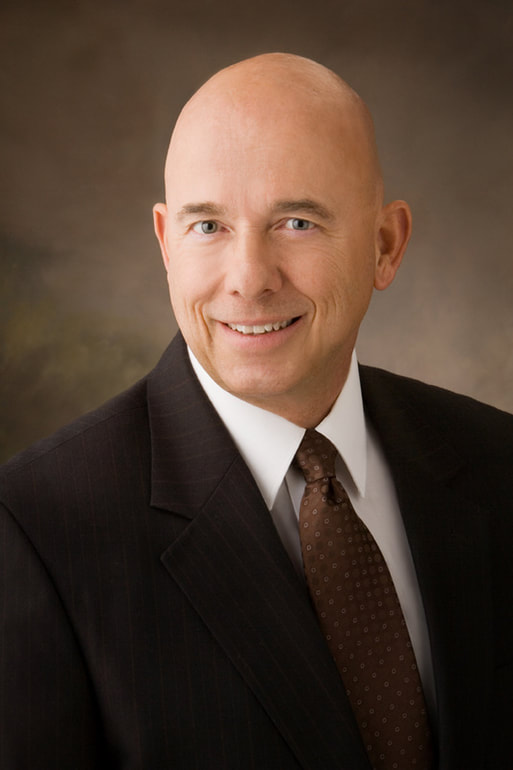 Ronald C. Burdett. Photo courtesy of Sorenson Communications Inc.
The Ron Burdett, '70, Seminar Room, located on the second level of the Sorenson Language and Communication Center building, was named after Ron on September 29, 2016, in recognition of his numerous services to the Deaf community. He regarded Gallaudet as a vital starting point for his leadership and accomplishments as a Gallaudet graduate. During the ceremony, he said, "Like so many students before and after me, Gallaudet offered me many opportunities to learn, lead, and pursue my goals," said Burdett. "Being immersed in the academic environment prepared me for my career, as well as extracurricular activities, where I met a diverse contingent of people. I didn't know it then, but this really prepared me for my future community relations work at Sorenson Communications, through which I have met thousands of deaf people" (Greenman, Gallaudet: On The Green, October 3, 2016). See the article for additional information on his recognition ceremony. ​ 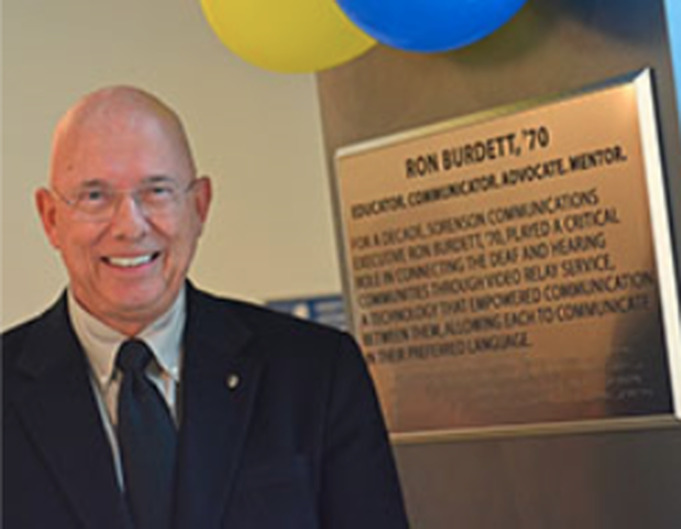 Ron Burdett, ’70, poses next to his honorary plaque. Gallaudet News. Photo by Zhee Chatmon.
What would have happened to Ron if it hadn't been for the Dual Track Program or Gallaudet University? He has done a great deal as an educator and supervisor in the workplace after graduating from Gallaudet in 1970. "Ron represents advocacy, equality, and inclusion, and is a role model for our emerging deaf and hard of hearing leaders," Gallaudet President Roberta J. Cordano said (Greenman, Gallaudet: On The Green, October 3, 2016). His strong work ethic and ability to lead set a good example for the Deaf community.Utah is lucky to have a Deaf person like Ron as an example of a Deaf person who has achieved success in every effort he has undertaken.

On a side note, the USD ASL/English Bilingual Program is named after Ron's father, Kenneth C. Burdett, in honor of his unselfish dedication to the school. He worked at the school for four decades, from 1934 to 1974. He was a student, Boy's Supervisor, Head Basketball Coach, Athletic Director, Teacher, Printing Instructor, and Curriculum Coordinator at the USD for fifty-two years. 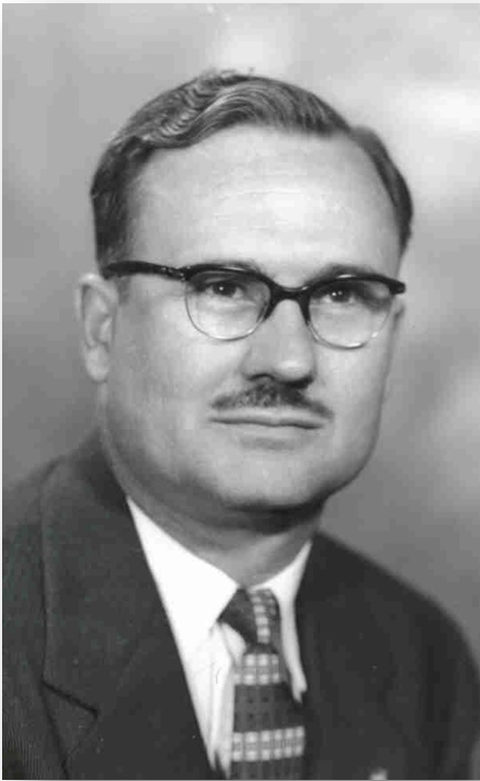