Utah School for the Deaf Basketball Team, 1944
Athletic programs have been around at the Utah School for the Deaf (USD) since the early 1900s. Sports are an important part of the Utah Deaf community as well as the national Deaf community. Our local community has a significant history of athletic involvement. In fact, playing sports is beneficial for the development of physical, social and leadership skills. While playing sports, players have the opportunity to learn to interact with people, communicate and collaborate as a team. In addition, sports foster strategic thinking and problem solving.  Most importantly, sports help in building confidence and winning a game gives the athletes a sense of accomplishment, further boosting their confidence.

Starting in 1958, Jerry Taylor, a Gallaudet alumni and long-time Athletic Director successfully directed the athletic programs at USD. Despite the athletic programs at USD being cancelled in 1989 due to mainstreaming efforts by Dr. Grant B. Bitter, an avid advocate for oral and mainstream education for Deaf and hard of hearing students, this did not stop the Deaf community, especially former USD mainstreamed students, from participating in Deaf sports beyond school. Many Utah Deaf people joined local sport organizations such as the Utah Athletic Club of the Deaf and Golden Spike Athletic Club of the Deaf. John "Jack" F. White, a USD alumni of 1932 and well-known sport enthusiast, had been active in Utah sports for more than 40 years. His biography can be found in the "Biographies of Prominent Utah Deaf Men" webpage.

Sports is not limited to basketball and volleyball – athletes often go out for skiing and snowboarding, speedskating, wrestling, tennis, track and field, swimming and other sports.  These sports are available with the national sports organizations under USA Deaf Sports Federation.

Soon after Jean Massieu School of the Deaf (JMS) merged with Utah School for the Deaf in 2005, the athletics program returned pursued by Julio Diaz (husband of JMS co-founder, Minnie Mae Wilding-Diaz and father of three Deaf children) under the administration of Linda Rutledge, Utah Schools for the Deaf and the Blind superintendent. It was a dream come true for the Deaf community! In spite of funding challenges, USD and JMS students have participated in athletic programs since then.

﻿﻿The Athletic Programs at the Utah School for the Deaf (PDF)

The Utah School for the Deaf Basketball Team, 1907 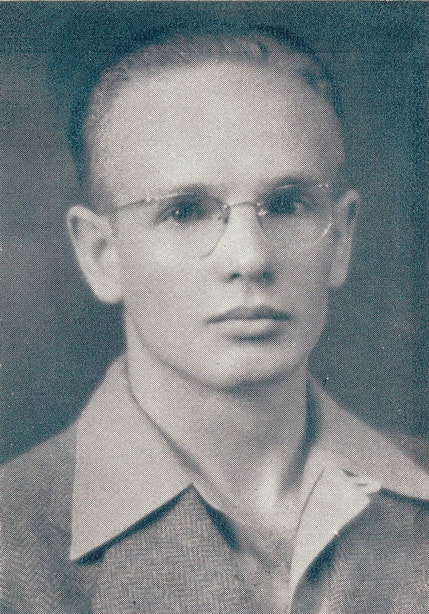 Marvin J. Marshall @ Utah Eagle, 1942
Marvin J. Marshall was a Deaf boxer. In 1930, he started boxing. He said, "I became fascinated with the sport of boxing."  While attending the Utah School for the Deaf, he was a seasoned boxer in his native state. At the age of 10, he fought his first bout and eventually fought everywhere - in county fairs, festivals, boys' clubs, and athletic shows. In 1936, he won the Utah Golden Glove 112-lb championship (Strassler, Recreation & Sports).
​
Marvin graduated from the Utah School for the Deaf in 1942. While attending Gallaudet College, he continued to box and set up a group of Gallaudet boxers in his double-duty as boxer and as a coach. After graduation, he ended his boxing career. He stated, "It has always been my belief that a deaf person should never enter the boxing ring unless he has prepared himself for it. One could lose an eye with just one punch" (Strassler, Recreation & Sports).

​In honor of Marvin's boxing career at Gallaudet College, he was selected to the Gallaudet Athletic Hall of Fame in 1995 (Strassler, Recreation & Sports). 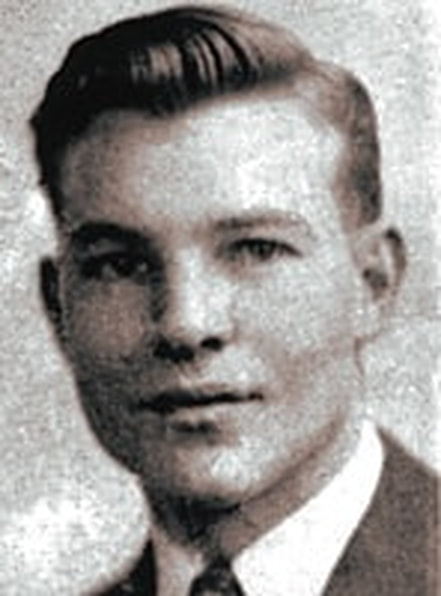 Paul earned a Bachelor of Arts degree from Gallaudet College in 1944 where he lettered in several sports. He was also an active member and officer in many scholarly and social organizations. He earned a Master of Education degree from the University of Arizona in 1953. Paul commenced a 46-year career as an educator and coach alternately at Gallaudet College, the Arizona School for the Deaf and Blind, and the Missouri School for the Deaf and the Indiana School for the Deaf, influencing and inspiring countless young Deaf people along the way (Obituary: Paul Baldridge).

In 1998, Baldridge was inducted into the American Athletic Association of the Deaf Hall of Fame for coaching (GallaudetAthletics.com). 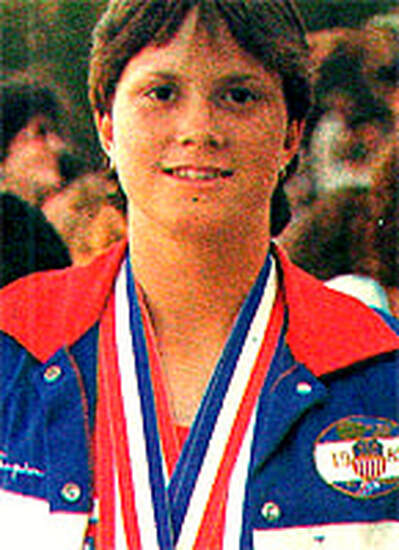 Connie Johnston @ www.usadtf.org
Connie Johnston of Ogden, Utah, was the best Deaf female track & field athlete in the United States. At the 1985 World Games for the Deaf in Los Angeles, California, she won the heptathlon, 4x400 relay and the high jump. Connie received three gold medals and set four world records for the deaf. She has since broken her own record (UAD Bulletin, November 1988).

​In 2005, the USA Deaf Sports Federation Hall of Fame recognized and awarded Connie as a track & field athlete (USDeafSports.org). 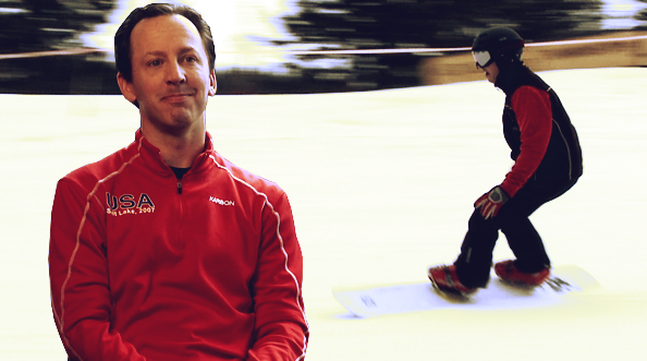 Jeff W. Pollock @ Sorensen VRS
Jeff W. Pollock is a former Deaflympics Snowboarder. He has a passion for snowboarding, skiing, skateboarding, wakeboarding, waterskiing, motorcycling, and any other sports that involve standing or sitting on something and going fast! In 1994, he moved to Utah from Michigan to enjoy the outdoor activities.

Jeff has been a member of the U.S. Deaf Snowboard Team since it was established in 1998. He has won four medals in the past three winter Deaflympics as well as numerous medals in local and national USASA competitions.

​Jeff has also competed in three Deaflympics (1999 Davos, Switzerland; 2003 Sundsvall, Sweden; and 2007 Salt Lake City, Utah) and would have competed in 2011 Vysoke, Slovakia if they weren’t cancelled.

When the 16th Winter Deaflympics was held in Utah in 2007, Jeff stated, “To be a Deaf snowboarder in a race with hearing competitors is, in a single word, lonely.” He also added “Occasionally, there are physical challenges to being a Deaf athlete at competitions such as what some call “the hearing Olympics” (Jarvik, Deseret News, January 31, 2007). Jeff gave examples by explaining that at sports events such as ski racing or ice hockey, Deaf athletes are at a disadvantage because they can’t hear the referee’s whistle or the starting gun that signals them to leave the gate. At the Deaflympics, athletes are cued instead by flashing lights, hand signals and flags (Jarvik, Deseret News, February 17, 2005). 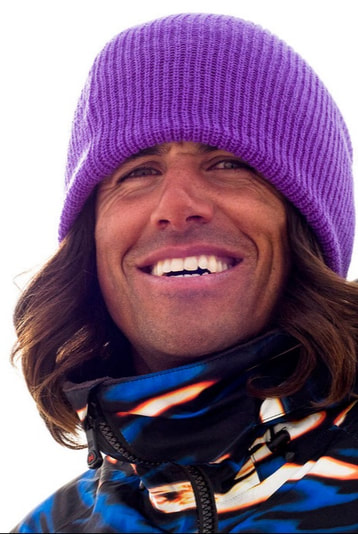 Jacob Buzianis @ utahsnowkite.com
Jacob Buzianis is a Deaf kiteboarder. According to his website, he took his first Kiteboarding lesson on a beach in Maui and became hooked!

From that day forward, Jacob rode every chance he had.  He came back home to Utah and worked on creating year round possibilities for kiting and snowkiting. He started to discover new spots close to home.  He was able to take his snow skills straight to his kite, trade his long waits in lift lines & expensive season passes in for wide open spaces, limitless terrain & super sick powder...all driven by the wind, all day long.
​
Jacob is always scouting for new kiting/snowkiting spots across the US. There are so many great places to ride at that are usually within close proximity to large cities. Some of my favorite spots are Strawberry Reservoir, Powder Mt., Uintahs, Wasatch, Park City, Alaska, and Wyoming.​​

Since then, Jacob's passion for the sport is just as strong as it was on his first day out.  Everyday he is able to push himself to new limits and implement new challenges. He said, "Come along with me on the ride...there is nothing better than feeling the wind behind you and sharing epic sessions with friends."


Jacob has a fabulous website filled with pictures and videos of him kiteboarding.
Aimee Walker Pond, Deaf Gymnast 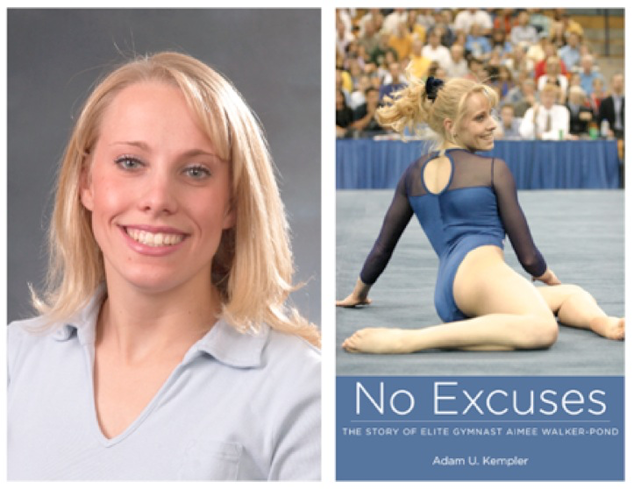 Aimee Walker-Pond @ The Daily Universe
Aimee Walker Pond is a former Deaf United States gymnast. She was born deaf and blind in one eye. She has been involved in gymnastics since the age of seven. A graduate of Brigham Young University, she is one of a very few gymnasts with disabilities who have competed at both national and international levels. She said, “Attitude is everything, and that’s part of the challenge” (Taylor, Deseret News, January 26, 2016).

Aimee is now married with four kids. She and her husband, Derek own Champions Sports Center in Saratoga Springs, a multi-sport and recreational center that offers fitness classes.

In 2015, Aimee's biography, “No Excuses: The Story of Elite Gymnastic Aimee Walker-Pond" is published by Impact Publishing. For more information about “No Excuses,” and to view pictures and video clips, visit impact-publishing.com.

​A Slideshow of the
Utah School for the Deaf Sports

A ​Slideshow of the
Utah Athletic Club of the Deaf