A Brief History of the
​Utah School for the Deaf

Compiled & Written by Jodi Becker Kinner
Edited by Valerie G. Kinney  & Bronwyn O'Hara
​
Published in 2014
​Updated in 2021
1884 - The Utah School for the Deaf began as a territory school for Deaf students in Salt Lake City, Utah, in 1884. It was founded at the University of Deseret (later renamed to the University of Utah) in Salt Lake City, Utah, by William Wood and John Beck, parents of Deaf children.

Following the establishment of the Utah School for the Deaf on the University of Deseret campus in Salt Lake City, Utah and the enactment of the appropriation bill, the matter was entrusted to Dr. John Rocky Park, president of the University of Deseret, to make arrangements for the school to begin offering a deaf class. First, he searched for a qualified Deaf teacher in the territory. After failing, he traveled to the East in 1884 and met Dr. Edward Miner Gallaudet, president of Gallaudet College. Dr. Gallaudet suggested Henry C. White, a Boston-based Deaf man who graduated from Gallaudet College in 1880. On the recommendation of Dr. Gallaudet, Dr. Park appointed Mr. White to be the principal and teacher at the Utah School for the Deaf (The Utah Eagle, February 1922; Evans, 1999). Although Henry C. White did not found the Utah School for the Deaf, he is credited with leading and maintaining it, which still exists today, as a leader and administrator despite limited financial resources and a lack of support from the hearing community. 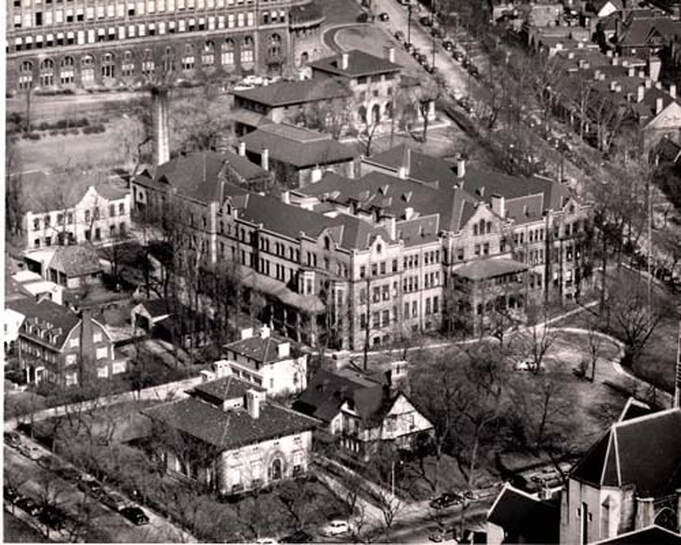 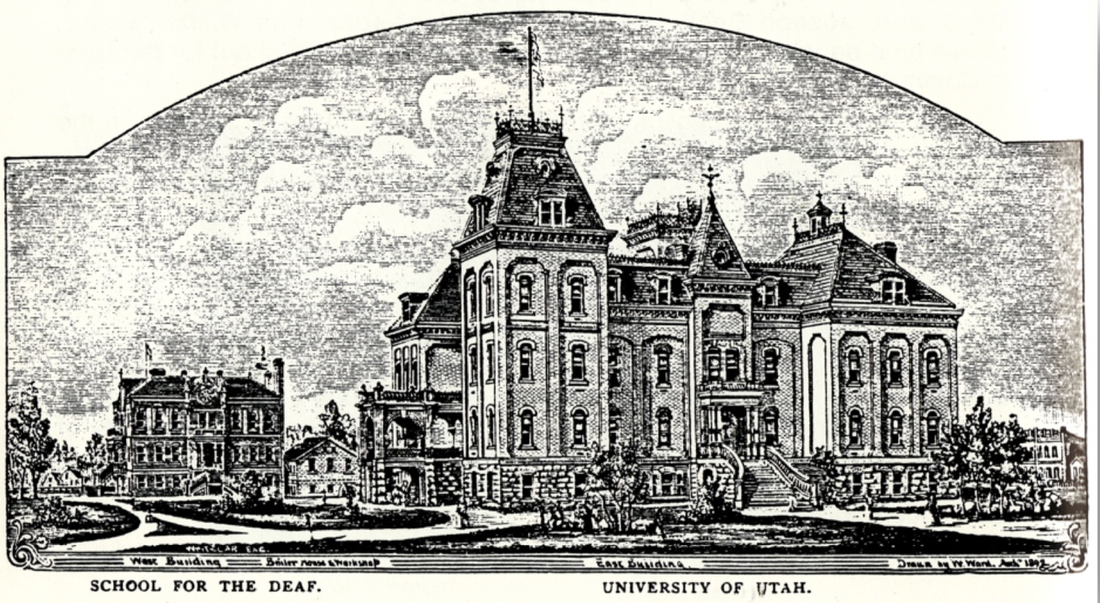 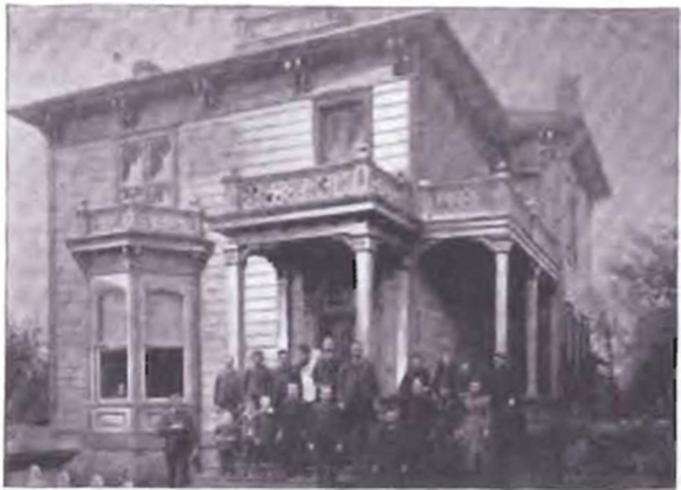 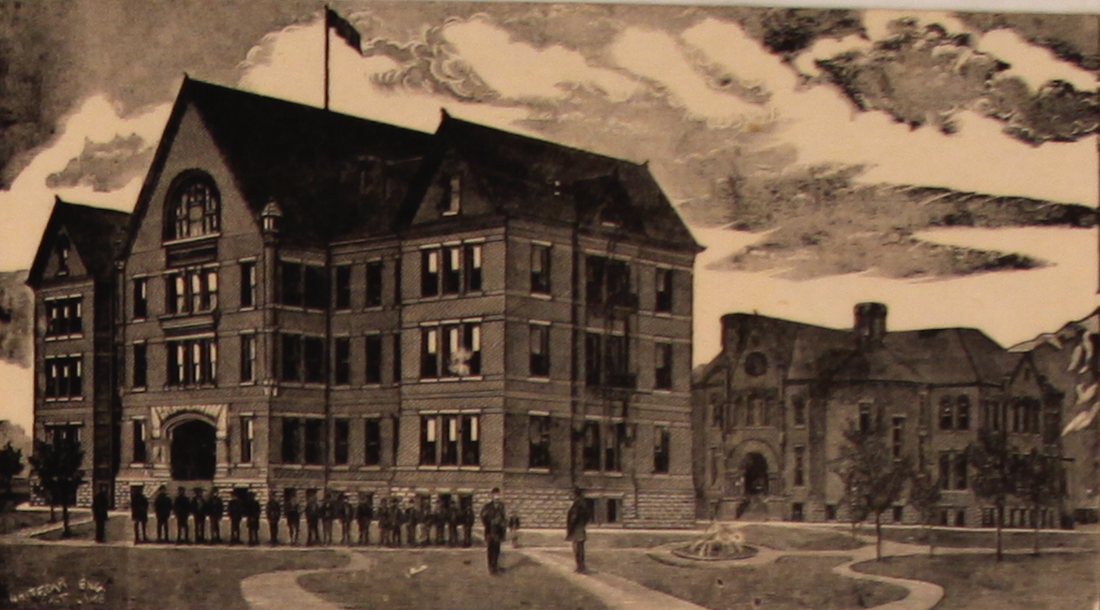 This is the picture of Main Building of the Utah School for the Deaf in Ogden, Utah. The Annex Building is in the back of the Main Building. 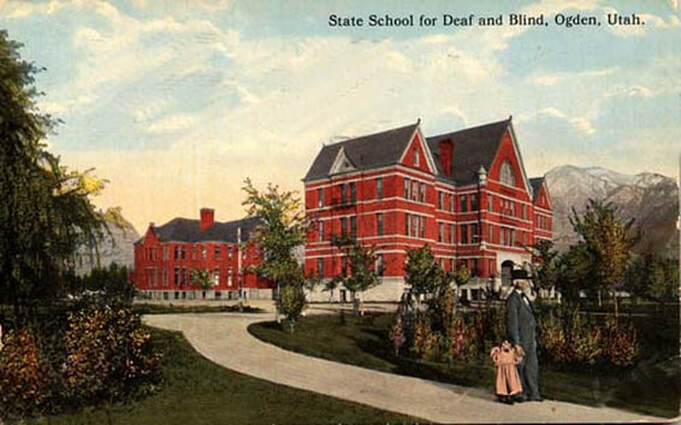 Utah Schools for the Deaf and the Blind, Ogden, Utah, 1896 @ APH Callhan Museum
The Main Building at the time looked like this. Before their campus home was built in 1901-02, Superintendent Frank M. Driggs and his wife lived on the second level.

The Main Building of the Utah School for the Deaf 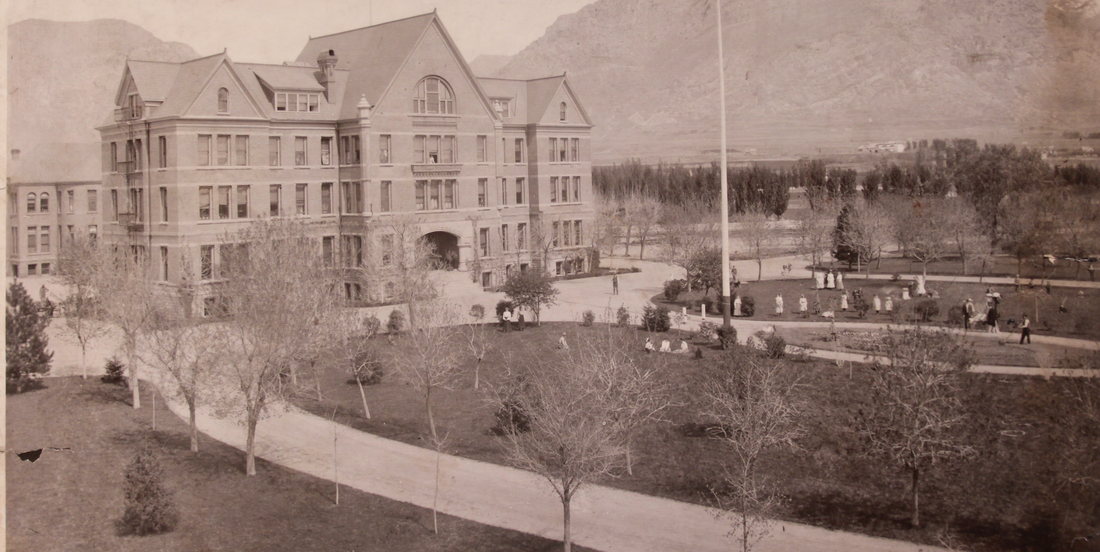 A new Main Building of the Utah Schools for the Deaf and the Blind, Ogden, Utah
1959 - Dr. Grant B. Bitter, and other parents, who supported oral, were adamant about not sending their Deaf children to the Ogden Deaf Residential campus. As a result, USD created an Extension Division in Salt Lake City, Utah in 1959, where Deaf students were able to attend classes close to their homes. It paved the way of the mainstreaming movement.

1960s - Under the leadership of Dr. Grant B. Bitter, known as the "Father of Mainstreaming," Utah's trend toward mainstreaming grew steadily in the 1960s, before the term became popular with the passage of Public Law 94-142, now known as the Individuals with Disabilities Education Act, in 1975. Over the years, Dr. Bitter had worked as a teacher and curriculum coordinator at the Extension Division School for the Deaf in Salt Lake City, as well as a Curriculum Coordinator for USD, a director, and professor at the University of Utah's Department of Special Education's Oral Teacher Training Program, and coordinator of the Deaf Seminary Program under the Church of Jesus Christ of Latter-day Saints in Utah.

Dr. Bitter was also the father of a Deaf daughter, Colleen, and became an outspoken supporter of oral education. The "Y" System policy was pushed through USD by the Utah Council for the Deaf. Dr. Bitter was one of the original members of the Council, which was founded by parents who supported in the oral approach. At the USD, the oral strategy was prioritized over the sign language approach. USDB Superintendent Robert W. Tegeder appeared to be in favor of this shift away from sign language (The UAD Bulletin, Fall-Winter, 1962). This policy reform has also received endorsement from the Special Study Committee on Deaf Education (Wight, The Ogden Standard-Examiner, October 19, 1970). On June 14, 1962, the Utah State Board of Education approved the Dual Track Program after Dr. Bitter, representing the Utah Council for the Deaf, persuaded the board (The Ogden Standard-Examiner, June 14, 1962). USD embraced the Dual Track Program, which meant that all students in the Primary Department started in the Oral Program and couldn't transfer to the Simultaneous Communication Program unless they had "failed" the Oral Program by the age of 11 or 6th grade.

Extension Division in Salt Lake City, Utah, 1959.
1970 - The Utah Deaf community and parents who supported sign language fought the "Y" system for nearly ten years, and no one listened. Finally, in 1970, after the student protest in 1962 and 1969, the Utah State Board of Education approved a new policy to offer a Two-Track Program, replacing the "Y" system, designed to give parents a choice between the oral method and total communication method of instruction for a Deaf child aged 2 to 21 years​, under the supervision of Dr. Jay J. Campbell, a Deputy Superintendent of the Utah State Office of Education and an ally of the Utah Deaf community, who oversaw the USD (Kenneth L. Kinner, personal communication, May 14, 2011, Recommendations on Policy for the Utah School for the Deaf, 1970; Deseret News, December 29, 1970). Despite the new program, Dr. Bitter remained a staunch proponent of oralism and mainstreaming. As the number of Deaf students mainstreamed increased, the USD alumni were heartbroken to see the school and deaf education progressively decline. 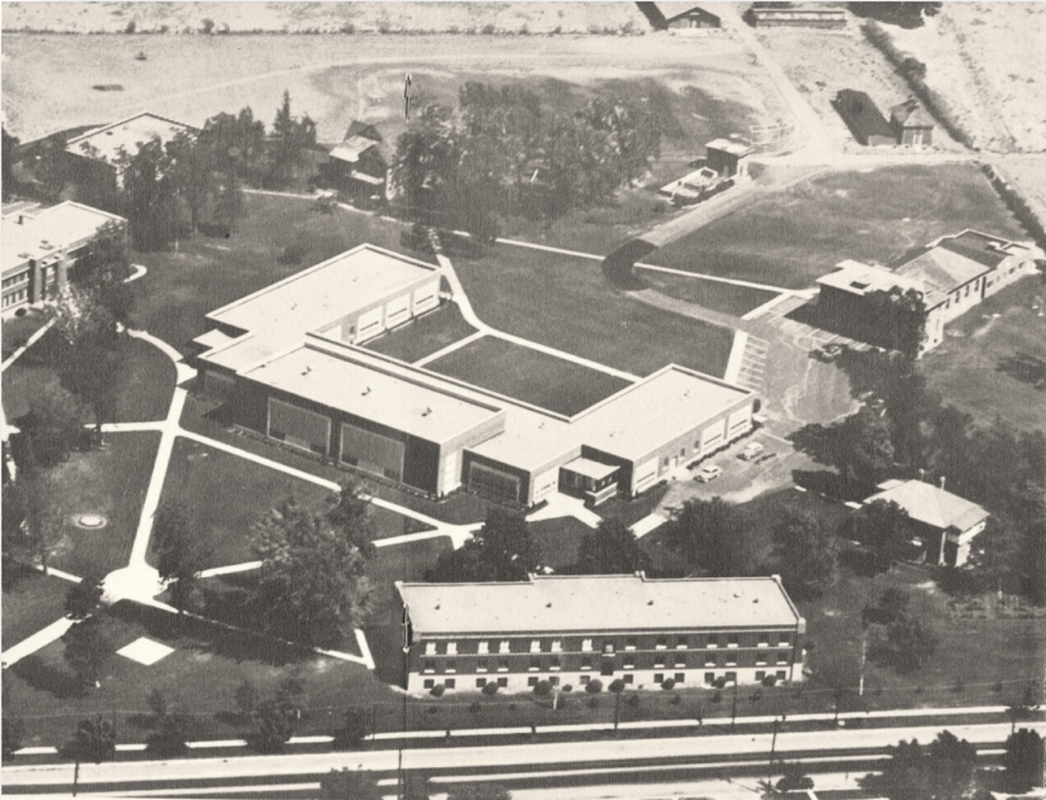 The original Utah School for the Deaf campus was sold to the Ogden School District in 1993 by the Utah State Board of Education. 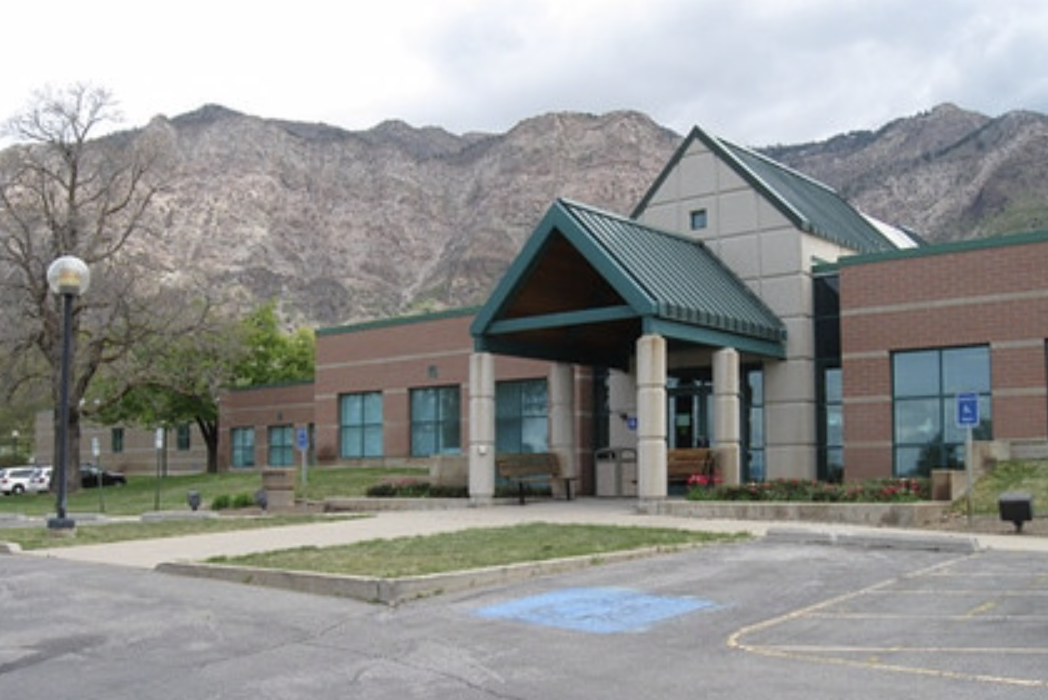 Utah Schools for the Deaf and the Blind, Ogden, Utah @ Control, Inc.
1999 - After months of searching by the Utah Association for the Deaf's Bi-Bi Committee, chaired by Minnie Mae Wilding-Diaz, for a quality educational program for Deaf children in Utah, two leaders emerged: Minnie Mae, a Deaf parent of three Deaf children and Jeff Allen, a hearing parent with a Deaf daughter. On August 29, 1999, Jean Massieu School of the Deaf, a public charter school in Salt Lake City, Utah, was founded as an ASL/English Bilingual program. In honor of Jean Massieu, a French Deaf teacher, the new charter school is called Jean Massieu School of the Deaf.

2005 - Legislative efforts by Joe Zeidner (hearing parent of a Deaf daughter) on behalf of the Utah Deaf Education and Literacy, Inc, Jean Massieu School of the Deaf was merged with Utah Schools for the Deaf and the Blind in 2005. 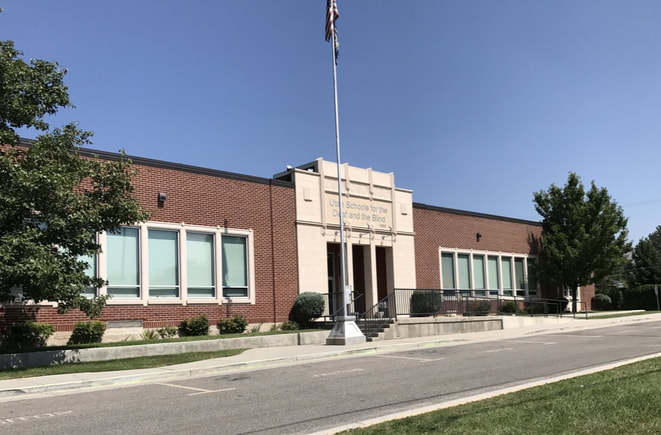 The merger boosted the critical mass of students, improving the instructional atmosphere and the peer group of students. This aided language development and resulted in a more effective ASL/English bilingual classroom (Michelle Tanner, personal communication, July 8, 2011). Michelle Tanner, a long-time Total Communication Program teacher and principal of the Jean Massisu School of the Deaf, as well as Associate Superintendent of the Utah School for the Deaf, lobbied for the merger because it had always been her dream.
2010 - In January of 2010, the teachers and students of the Jean Massieu School of the Deaf, as well as a few other USDB programs, relocated into the building located at 1655 East 3300 South in Salt Lake City, Utah. After ten years of frustration and numerous denials from the Utah legislature, they finally had a place to call home. 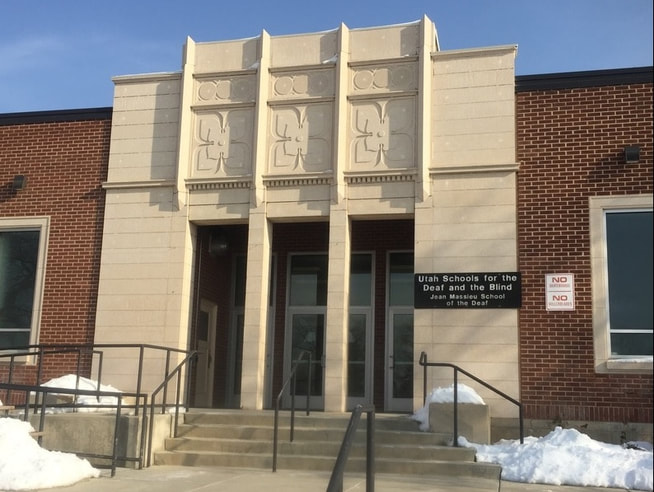 Jean Massieu School of the Deaf, Salt Lake City, Utah
2011 - Kenneth C. Burdett (Deaf) had a long affiliation with the Utah School for the Deaf, and the ASL/English Bilingual program on the Ogden Campus was named "Kenneth Burdett School of the Deaf" in his honor. He contributed to the USD out of the sincerity of his heart. He worked at the school for forty years, from 1934 until 1974. He also spent 52 years at USD, starting as a student, a Boy's Supervisor, a Head Basketball Coach, an Athletic Director, a Teacher, a Printing Instructor, and a Curriculum Coordinator. 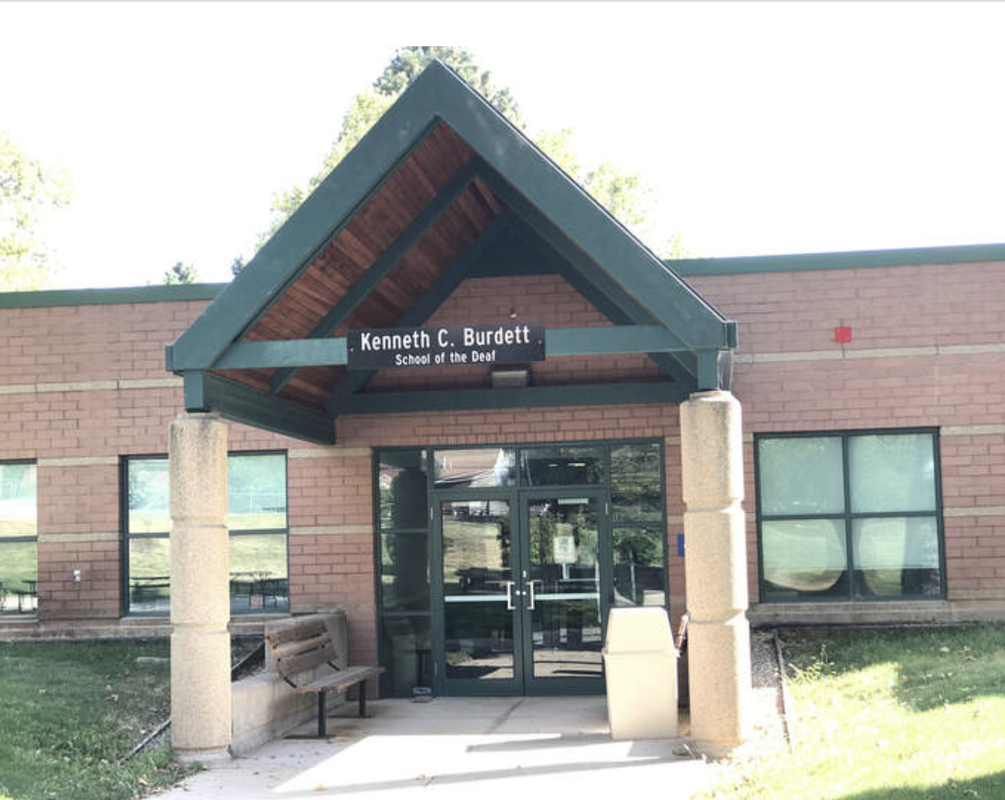 Kenneth Burdett School of the Deaf 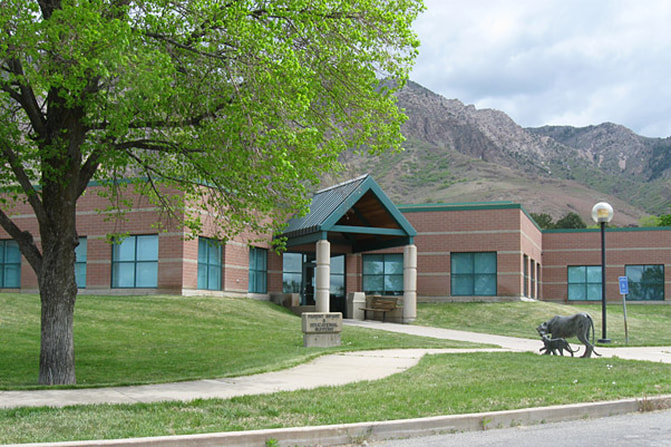 It contains offices for administrators and rooms for preschool classes for Listening and Spoken Language and blind students. This building is also located at located at 1655 East 3300 South Salt Lake City, UT 84106.

The eagle logo on the new gym floor inside the C. Mark Openshaw Education Center was designed by Brandon R. Hill, a Deaf individual and Gallaudet graduate, ‘03 & ‘13. The key element was carried over from the USDB Eagle logo to create a new one to represent the school.

C. Mark Openshaw Education Center, Salt Lake City, Utah
2020 - In October 2019, USDB announced the opening of a new Deaf School in Springville, Utah, after receiving approval from the Utah State Board of Education and the USDB Advisory Council. The "Elizabeth DeLong School of the Deaf," as it is called, is named after Elizabeth DeLong. The school first opened its doors on January 6, 2020. What a wonderful way to pay tribute to Elizabeth DeLong's legacy! ​

Utah Schools for the Deaf and the Blind, Springville, Utah