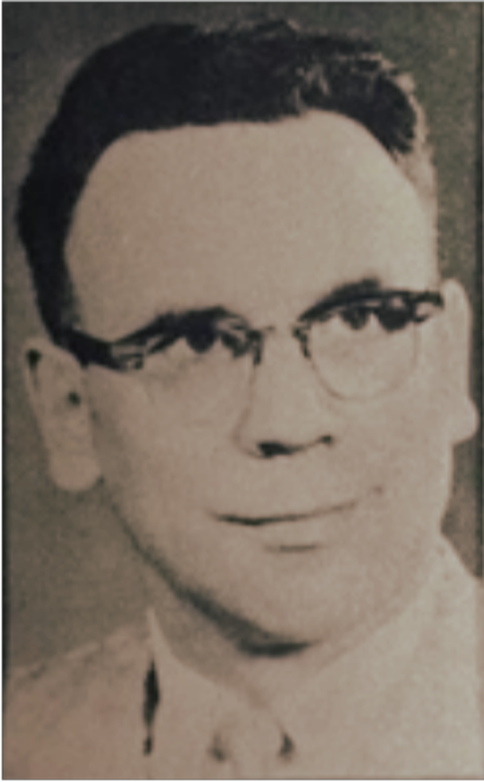 Dr. Grant B. Bitter. The Utah Eagle, October 1962
Who is Dr. Grant B. Bitter?
Dr. Grant B. Bitter is widely regarded as the "Father of Mainstreaming" in the oral advocacy community. Utah's movement toward mainstreaming evolved steadily in the 1960s throughout his mainstreaming campaign, before the phrase became popular with the passage of Public Law 94-142, commonly known as the Individuals with Disabilities Education Act, in 1975. He was a hard-core oralist and one of the top oral leaders in the country. As the father of a Deaf daughter, Colleen (b. 1954), he was also a powerful voice for oral and mainstream education. According to Dr. Stephen C. Baldwin, a Deaf man who served as the Total Communication Division Curriculum Coordinator at the Utah School for the Deaf in the 1970s, no one could match Dr. Bitter's persistent oral/mainstreaming philosophy. At every opportunity, Dr. Baldwin recalled his attacks on residential schools and his adamant opposition to the popular use of sign language in schools (Baldwin, 1990). Dr. Bitter campaigned for oral and mainstream education for Utah's Deaf and hard of hearing students and had a long-standing feud with the Utah Association of the Deaf, especially with Dr. Robert G. Sanderson, a Deaf community leader in Utah. ​Dr. Bitter and Dr. Sanderson were both recognized as gigantic figures and had animosity toward each other. 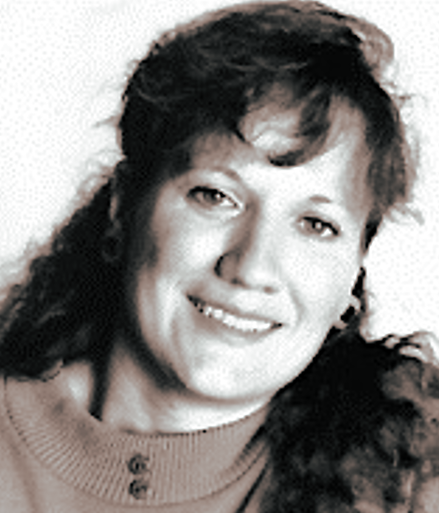 Colleen Bitter Addie. The Salt Lake Tribune Obituary, July 24, 2003
Dr. Bitter earned his bachelor's degree from the University of Utah. His teaching experience prior to joining the Utah School for the Deaf was solely on religious education. From 1950 to 1958, he taught at the Latter-day Saints Church Seminary Program. Dr. Bitter got a scholarship to the Lexington School for the Deaf, which is affiliated with Columbia University, in New York City, from 1961 to 1962.  ​He completed his master's degree as well as a Special Education Certificate to teach Deaf children there. After interning at Lexington School for the Deaf while pursuing Master's degree, he returned to Utah and joined the staff of the USD Oral Extension classes in the Salt Lake City School District from 1962 to 1964 (Bitter, Summary Report for Tenure, 1985; Bitter, Utah's Hearing-Impaired Children...At High Risk, 1986; Grant Bitter: Everett L. Cooley Oral History Project, March 17, 1987).

After completing his doctorate in audiology and administration at Wayne State University in Detroit, Michigan in the summer of 1967, he had taken a three-year break from his job and had returned to Utah. In addition to his work at the University of Utah, he served as the director of his church's religious program for Deaf children throughout the state of Utah (Obituary: Grant Bunderson Bitter, Deseret News, July 2, 2000). 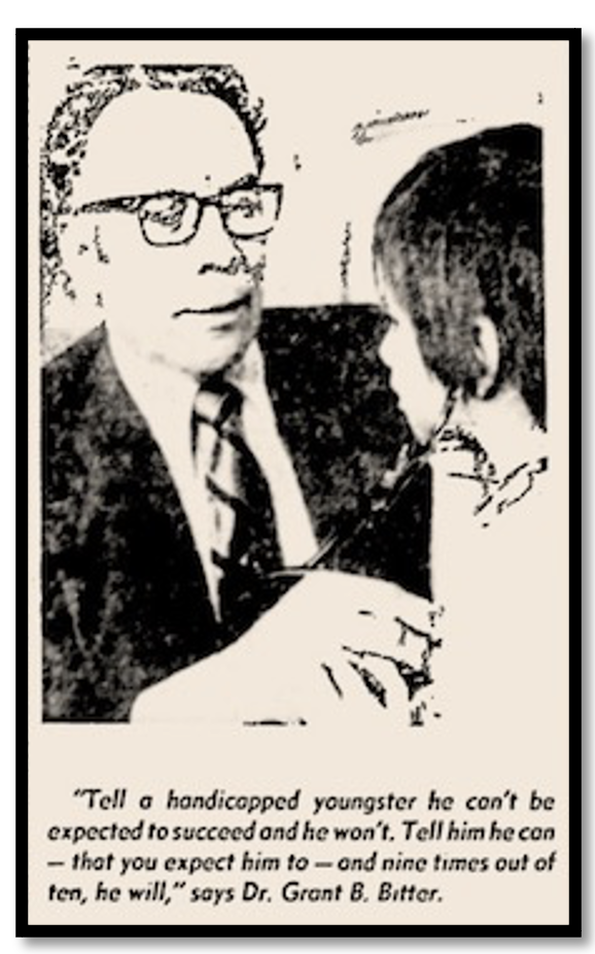 Dr. Grant B. Bitter. Deseret News, March 18, 1974
From 1967 to 1969, Dr. Bitter worked as the Extension Division Curriculum Coordinator in Salt Lake City, Utah. He eventually resigned in 1969 due to growing job demands. At the time, he also carried two hats while working part time as the Coordinator for the Church of Jesus Christ of Latter-day Saints Seminary for Deaf high school students and the Director of the University of Utah's Teacher Training Program, which launched in 1962 (University of Utah, November 28, 1977). In 1968, Dr. Bitter was promoted to a full-time position as an Assistant Professor and Coordinator of the Hearing-Impaired Teacher Preparation Program for the University of Utah's Department of Special Education in 1986, a position he held until 1987, a year after the program was closed (Grant Bitter: Everett L. Cooley Oral History Project, March 17, 1987). 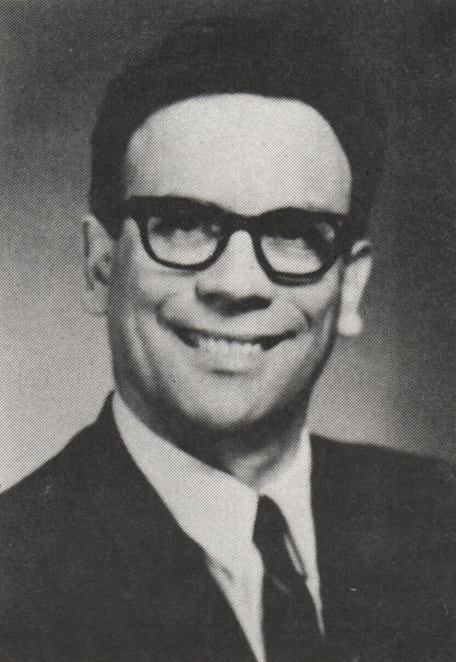 Dr. Grant B. Bitter, The Utah Eagle, October 1967
Dr. Bitter was active in projects at the state and national levels throughout this time in his career. He founded the Utah Registry of Oral Interpreters in 1981 and the Oral Deaf Association of Utah in 1970. Through the Utah chapter of the Alexander Graham Bell Association, he chaired a group on advocacy for oral Deaf people. From 1968 until 1987, he directed the University of Utah's teacher training program with an emphasis on oral deaf education (Bitter, Summary Report for Tenure, 1985; Bitter, Utah's Hearing-Impaired Children... At High Risk, 1986).

He was a prominent lobbyist on Capitol Hill, and his enthusiasm helped him work well with legislators. He never stopped emphasizing the importance of properly preparing Deaf and hard of hearing students to live in an English-speaking environment. Dr. Bitter stated that Deaf individuals require skills in order to live a "normal" life, and that these skills must be taught to them (Bitter, Summary Report for Tenure, 1985; Baldwin, 1990). Dr. Bitter was just as significant in Utah as Alexander Graham Bell was in the United States in the nineteenth century. He was adamant about promoting Deafpeople's complete integration into hearing society. As far as he could tell, the only way to achieve this assimilation was to find ways to teach Deaf individuals to communicate (Baldwin, 1990). 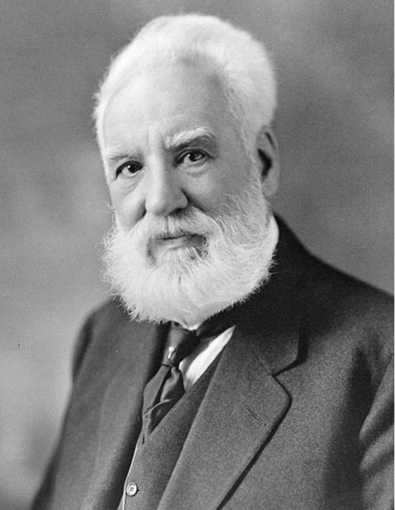 Alexander Graham Bell @ Wikipedia
Dr. Bitter gave public engagements across the country. He presented materials at workshops for oral interpreters at the University of Cincinnati and the University of Utah. He was part of the team that created the Curriculum Guide for Oral Interpreting Instruction for the Alexander Graham Bell Association for the Deaf. He was the chairman of the AGB's Governmental Relations Committee from 1974 to 1978. The Utah Congressional Team, which included Orrin G. Hatch, a United States Senator from Utah and Chairman of the Senate Labor and Human Resources Committee, worked closely with this committee. Dr. Bitter was the head of the AGB's International Parents' Organization from 1974 until 1978 (Bitter, Summary Report for Tenure, 1985).

As a parent of nine children, Dr. Bitter, worked extensively on several oral education publications, audiovisuals, and videotape products. In 1987, he wrote "The Hearing Impaired: New Perspectives in Educational and Social Management," which was released in 1987. ​
A Fierce Controversy
​Between Two Giant Figures
Throughout the 1960s, Dr. Robert G. Sanderson, a 1936 USD graduate, saw a drop in the use of sign language in Utah's educational system as the oral teaching method gained popularity and spread across the state. Dr. Sanderson had just been elected president of the National Association of the Deaf (NAD) in 1964, after serving as president of the Utah Association of the Deaf from 1960 to 1963. He didn't begin actively battling Dr. Grant B. Bitter until a year later, when he started working as a Deaf Services counselor. Dr. Sanderson aimed to raise public awareness about sign language preservation and provide a high-quality education for Deaf children. Because of his fearless personality, he was not afraid to challenge Dr. Bitter. However, due to Dr. Bitter's ambition, the public impact was challenging. Dr. Bitter already had power and influence at the university level and in the legislature, promoting the oral approach in Deaf Education. Hundreds of oral parent-advocates backed him up. Dr. Sanderson's challenge against Dr. Bitter infuriated these supporters to the point where they demanded that Dr. Avaad Rigby, Dr. Sanderson's boss, fire him. Dr. Sanderson had recently been hired as a state Vocational Rehabilitation counselor for the first time. Dr. Rigby declined to fire him. Dr. Rigby appeared to support his extensive political activity outside of his job (Dr. Robert G. Sanderson, personal communication, 2006). 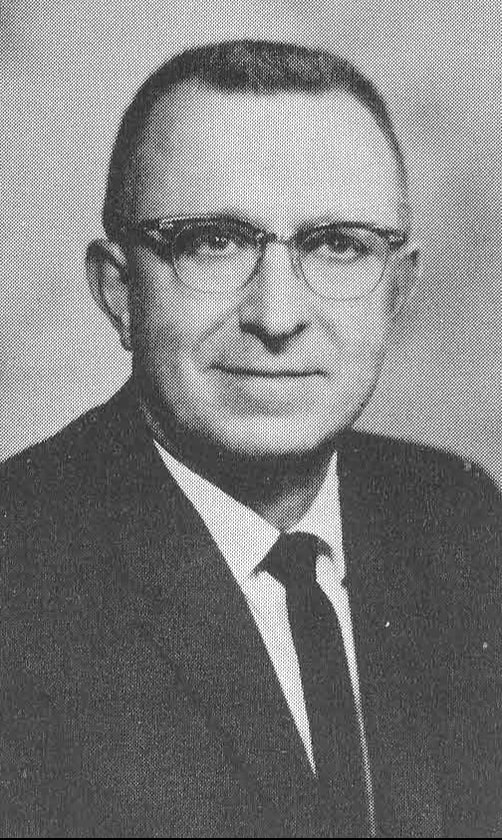 Dr. Robert G. Sanderson. The UAD Bulletin, Winter 1965
In Utah, the oral and mainstreaming movements have had an impact on our Deaf Education since the early 1960s. Dr. Bitter was the driving force behind it. He exercised parental power and leverage to promote oralism in Deaf Education, finding it challenging for the Utah Association of the Deaf to fight him. Despite the fact that Dr. Bitter passed away in 2000, his legacy in the field of Deaf Education continues. 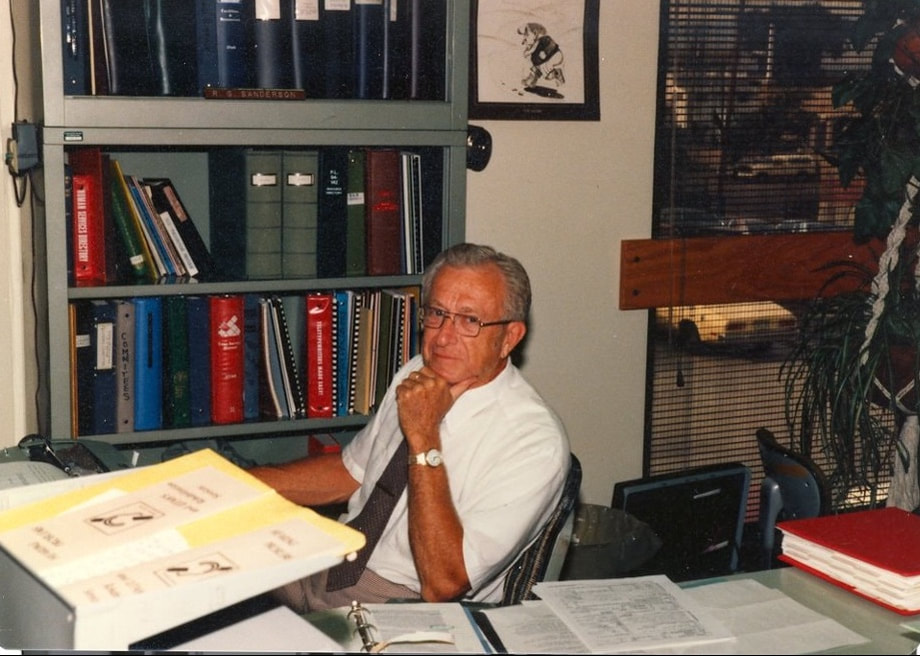 Videos of Dr. Grant B. Bitter

The videos of Dr. Grant B. Bitter were discovered at my workplace. The interpreters, particularly Julie Hesterman Smith, who spent countless hours listening to the recordings and creating caption transcripts, are to be commended.

Please note that while every attempt was made to provide proper captioning, small errors are inevitable due to the low quality of the video and the difficulties understanding some of the panelists.