I would like to acknowledge and extend my heartfelt gratitude to Valerie Kinney for her vital support by donating her time proofreading this document as well as interviewing the sources close to prominent individuals for more biographical details.

I am highly indebted to Anne Leahy for her generosity in assisting and contributing the hard-to-find archive collection of particular individuals.

I wish to express my appreciation and gratitude to Helen Salas-McCarty for donating her time proofreading and editing the documents.

I would like to thank Dr. Robert G. Sanderson (through Valerie Kinney), Kenneth C. Kinner, and Doug Stringham for recommending names of prominent individuals. 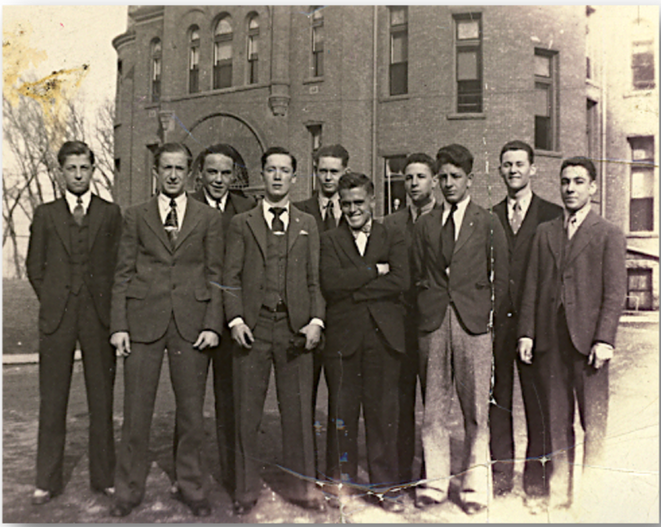 I am grateful to Eleanor McCowan for requesting that I work on the Utah Deaf History project. If not for her request, none of this would have happened.

I wish to thank my colleague, James Fenton for recommending me to add a brief summary of each biography.

Additionally, special thanks should be given to those sources close to the subjects of these biographies who helped provided biographical details about them.

Finally, words alone cannot express the thanks I owe to my husband, Duane Kinner, and my children, Joshua and Danielle, for their support and patience in completing this project.

Without their help, completion of the “Biographies of Prominent Utah Deaf Men” document would not be possible. Thanks once again.

Jodi Becker Kinner
Why Does The Biographies
​of Prominent Utah Deaf Matter?
"Biographies of Prominent Utah Deaf Men" gives the ASL community, especially the younger Deaf generation, the opportunity to learn more about their local Utah Deaf role models. By studying the leadership traits of people who came before them, future generations may be able to learn how to be effective advocates for causes. They may be inspired to become more literate, educated, prosperous, and productive citizens.

The Deaf Utahns highlighted in these pages are applauded for their unwavering devotion, unwavering commitment, and passion for improving the quality of life for Deaf people. I hope that these biographies will inspire the audience to follow in the footsteps of these extraordinary people since I enjoy reading biographies of remarkable people.

These leaders have my admiration for their unselfish commitment to the greater good. 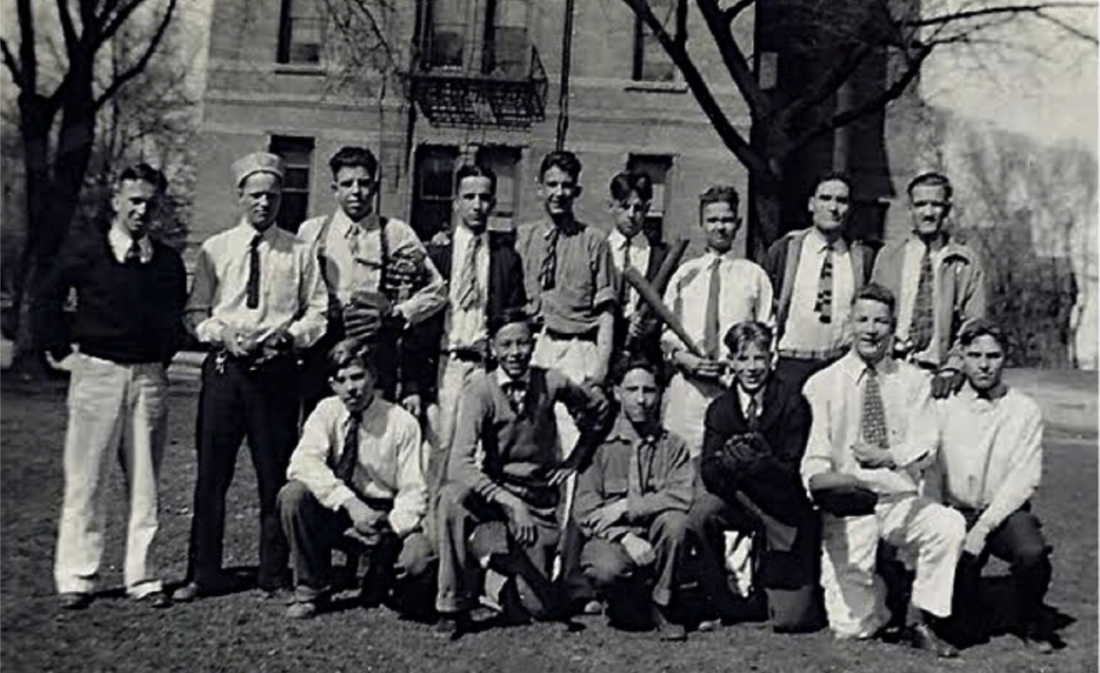 Students of Utah School for the Deaf, 1928-1930. Back L-R: Wayne Stewart, William Woodward, Alton Fisher, John (Jack) White, Joseph Burnett, possible Leon Edwards, Arvel Christensen, Virgil Greenwood, ____ Front L-R: J. Sherwood Messerly, Rodney Walker, Melvin Penman, Wesley Perry, Verl Throup, _____
“The price of success is hard work, dedication to the job at hand, and the determination that whether we win or lose, we have applied the best of ourselves to the task at hand.”
~Vince Lombardi~

Because the Church of Jesus Christ of Latter-day Saints has a long history in Utah, and its influence on the Utah Deaf community is substantial, religion is referenced in this biography document. Because not all of the people included in the bios are members of the LDS Church, other religions are also represented.

I hope that the bios' subjects' families will find this material useful for historical preservation and genealogy research. It can also aid in the preservation of the biography's life story for future generations to enjoy and remember. 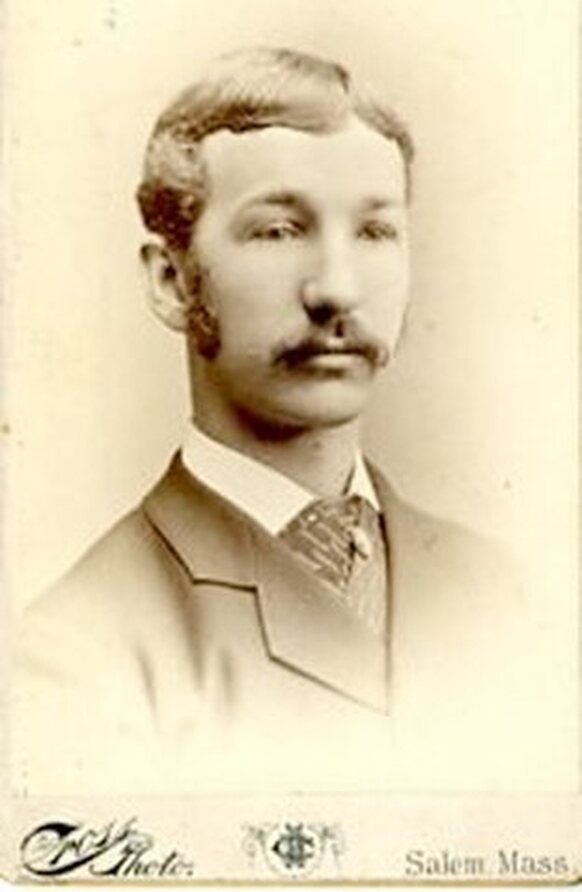 Paul Mark
In 1915, Paul Mark was elected president of the Utah Association of the Deaf, a position he maintained for three years until 1918.. He was also the president of the local chapter of the National Fraternal Society of the Deaf. He owned a shoe shop called "Dunn and Bradstreet" on 25th Street in Ogden, Utah. In his spare time, he enjoyed driving his Peerless car. In the year 1920, Paul was Utah's most popular Deaf leader. Members of the Deaf community would always call Mark for the most up-to-date information on the Deaf community. He held meetings in his shoe shop and invited Deaf members to stay with him.
​ 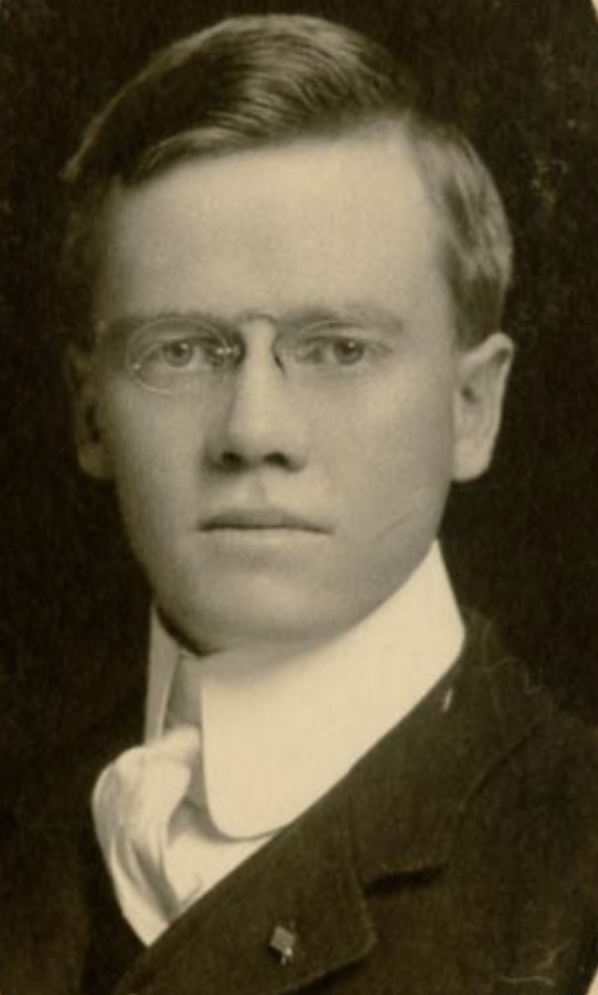 During John H. Clark's time at the Utah School for the Deaf, he was one of the editors of the student newspaper, The Eaglet. Upon graduation, he was the first student to enter Gallaudet College in 1897. During his senior year, he was elected editor-in-chief of the college publication, Buff and Blue and also wrote stories for it.  John H. was a Fellow in the American Society of Civil Engineers, a member of the American Military Engineers and a certified professional engineer and land surveyor in Utah and New Mexico. He was hired by the US government as a surveyor for some specific work in Southern Utah in 1906. His assignment came as a result of his previous surveying work for Uncle Sam. 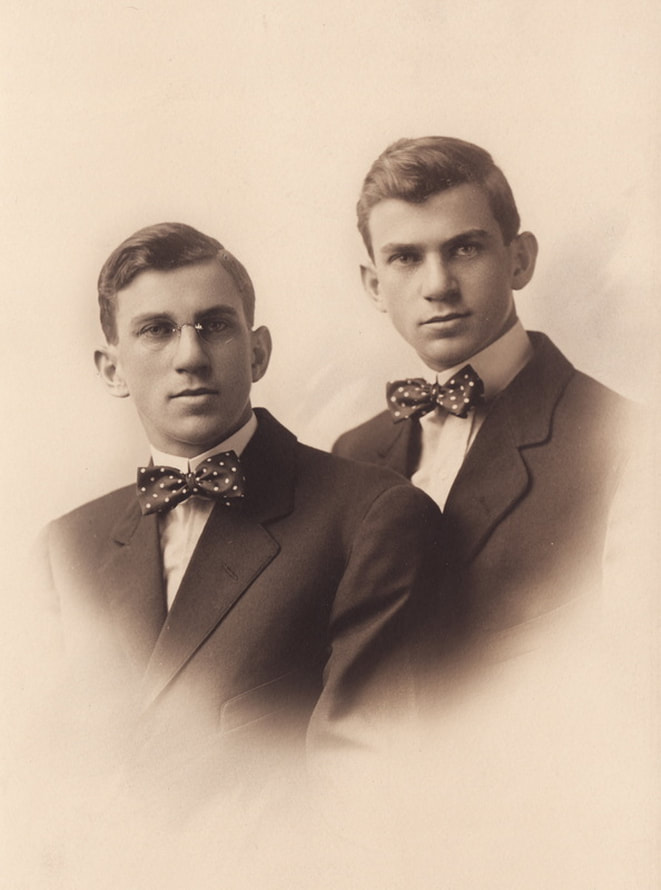 Arthur & Ray Wenger
Wenger Laboratories, a bacteriological-chemical laboratory, was founded by Ray and Arthur Wenger in downtown Salt Lake City, Utah, in 1938. Their laboratory soon established a positive reputation among doctors and professionals after opening in 1938. The Arthur Wenger Athletic Association, a club for older boys, was founded in 1919 and named after Arthur Wenger, a distinguished alumni of the school. Despite the rigors of their jobs, the twins made work to support the Utah Deaf community. Arthur was a lifetime member of the Utah Association of the Deaf and served as its president in the past. Ray was inducted into the association as a lifelong member.

In 1957, Ray was named a lifetime member of the association in honor of his many years of contribution to the Deaf community, notably in the field of education. Ray had also served on the Utah Schools for the Deaf and the Blind's Advisory Council. 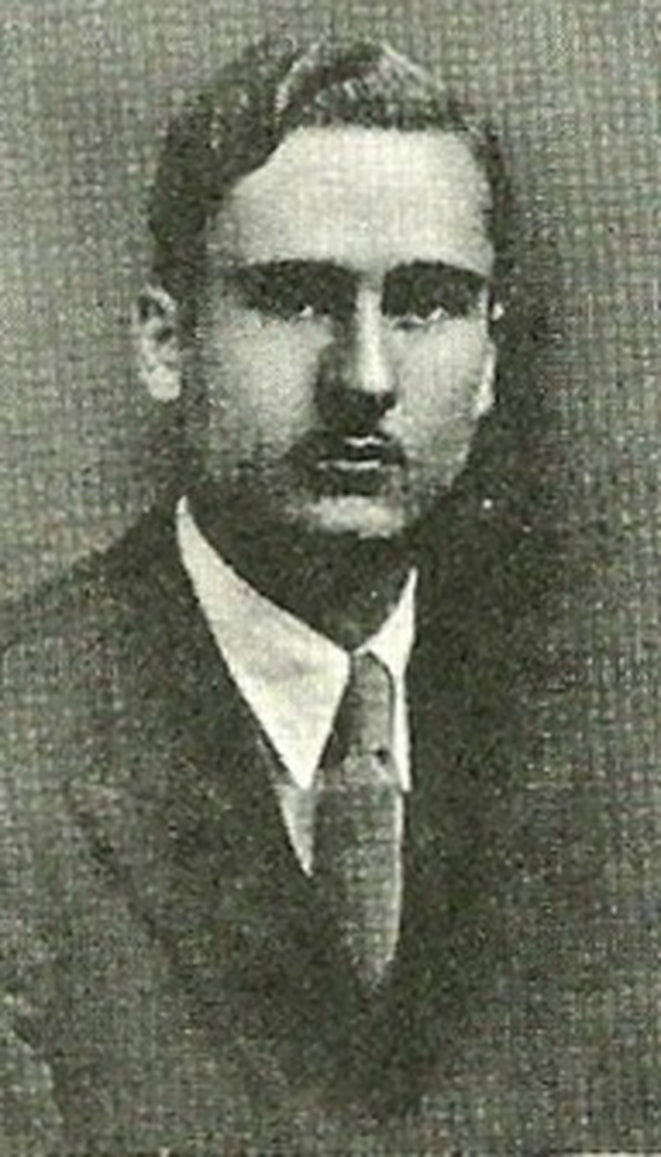 Kenneth C. Burdett
Kenneth C. Burdett, who had a long history with the Utah School for the Deaf, was honored with the ASL/English Bilingual program at the Ogden Campus (USD). Kenneth C. gave selflessly to the USD.  From 1934 until 1974, he worked at the school for four decades. He was a student, Boy's Supervisor, Head Basketball Coach, Athletic Director, Teacher, Printing Instructor, and Curriculum Coordinator at the USD for fifty-two years. Kenneth devoted himself to USD throughout his long and illustrious career. He was also a member of the Utah Association of the Deaf, the National Fraternal Society for the Deaf, and the Golden Spike Athletic Club for the Deaf, among other organizations. 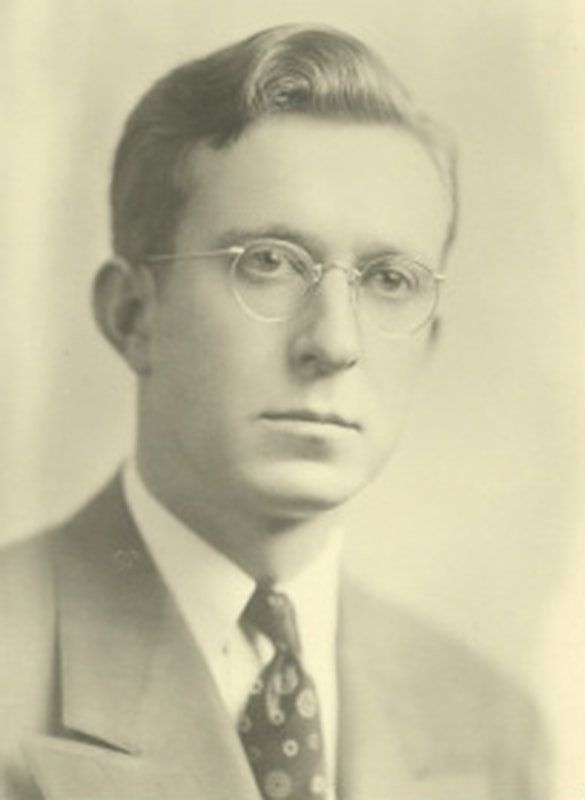 Dr. Robert G. Sanderson
In 1974, Robert G. Sanderson received his Doctor of Education from Brigham Young University. He earned the title of being Utah's first and only deaf person, as well as the first USD graduate with a doctoral degree.  From 1965 through 1985, Dr. Sanderson worked as the Division of Rehabilitation Services' first state coordinator serving the Deaf population. He was the first in Utah to provide Deaf adults with job training and placement. He was the first Deaf professional hired by the Utah State Board of Education for this coordinator position. In 1983, Dr. Sanderson became the first director of the Utah Community Center for the Deaf. In honor of his contributions to the Deaf community, the Utah Community Center for the Deaf and Hard of Hearing in Taylorsville, Utah was renamed the "Robert G. Sanderson Community Center of the Deaf and Hard of Hearing" on October 4, 2003. 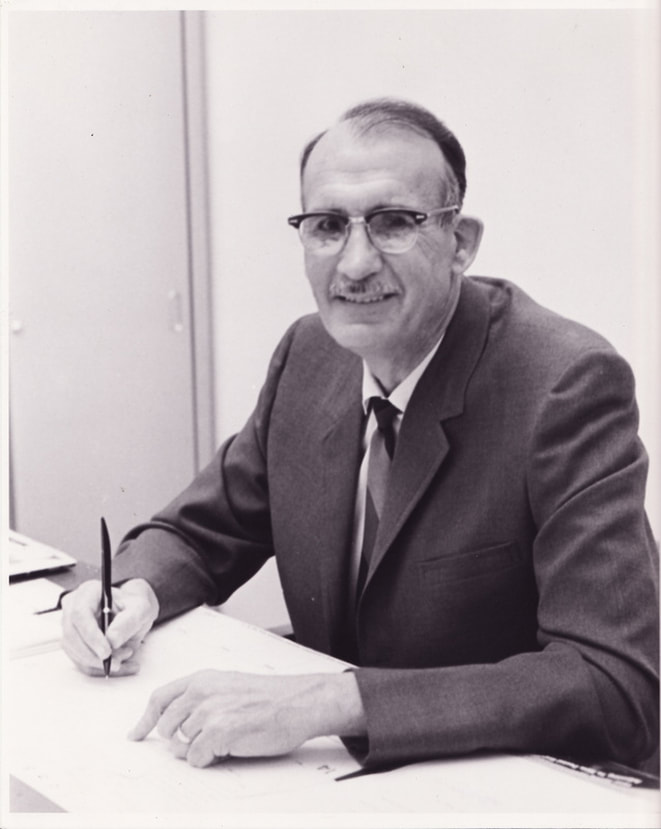 Joseph B. Burdett
Joseph B. Burnett was a bright student whose father taught him to read at a young age. In 1918, when he was five years old, his father enrolled him at the Utah School for the Deaf. In 1933, he departed for Gallaudet College without finishing his high school courses after passing the college admission examination. He earned a Bachelor of Arts degree from Gallaudet College in 1937 and went on to work as an engineer. In 1975, Joseph is thought to have been the first Deaf person in Utah to receive a cochlear implant.

Biography of Joseph B. Burnett (PDF) 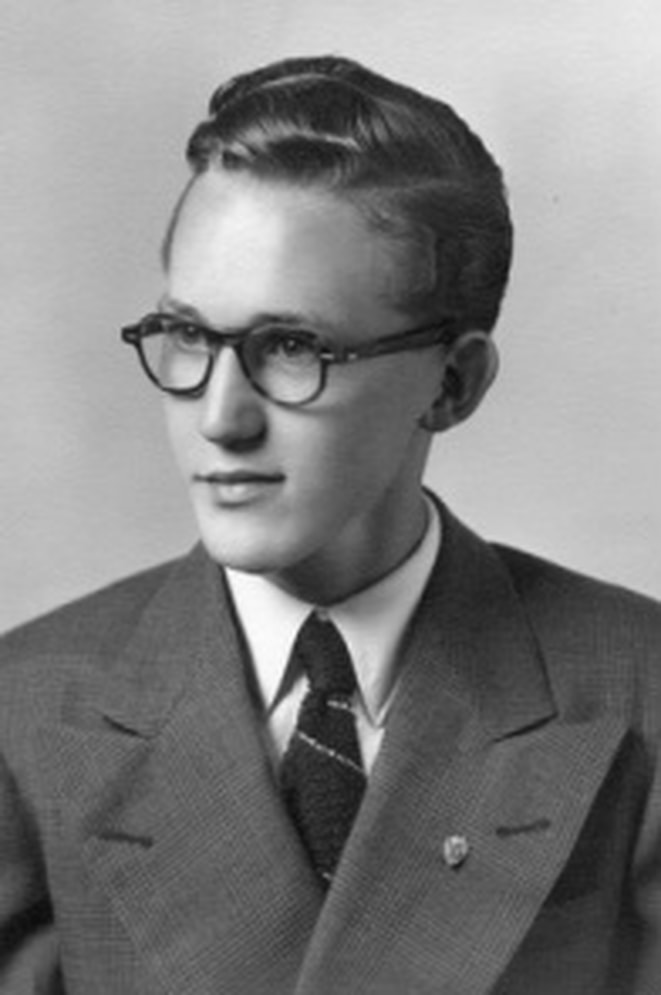 W. David Mortensen
W. David Mortensen earned a bachelor's degree in sociology from the University of Utah in 1976, and a master's degree in social work in 1982. He was the first Deaf certified social worker in Utah and worked at Valley Mental Health as a deaf counselor. He worked at the Newspaper Agency Corporation at night. In the Utah Association of the Deaf, David was an ambitious and persistent  leader. Despite his busy professional and family schedules, he found time to serve as president for 22 years, from 1971 to 1985, 1987 to 1991, and 1993 to 1997.No one has ever beaten his record, and he is the association's longest-serving president. David is well recognized for his work as a political activist, persuading politicians to enact laws, organizing rallies for issues, writing news stories, and explaining the Deaf community's concerns. 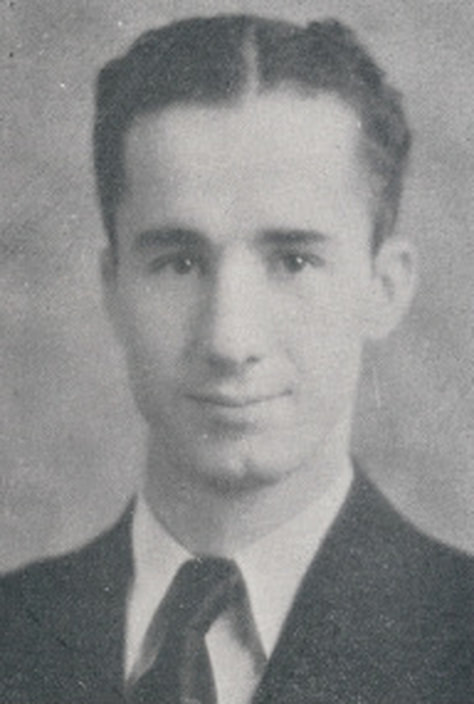 John "Jack" F. White
For more than 40 years, John "Jack" F. White had been a figure in Utah sports. He held every office in the Northwest Athletic Association of the Deaf, but his years as a player, coach, manager, and athletic director for the Utah Athletic Club of the Deaf (UCAD) teams are best remembered. He also held practically all of the UCAD's offices and was a loyal supporter of the club and community. He had been a delegate to national tournaments for the American Athletic Association of the Deaf five times. Jack's commitment to the sporting climate and sportsmanship has made an unforgettable mark on many people's lives. 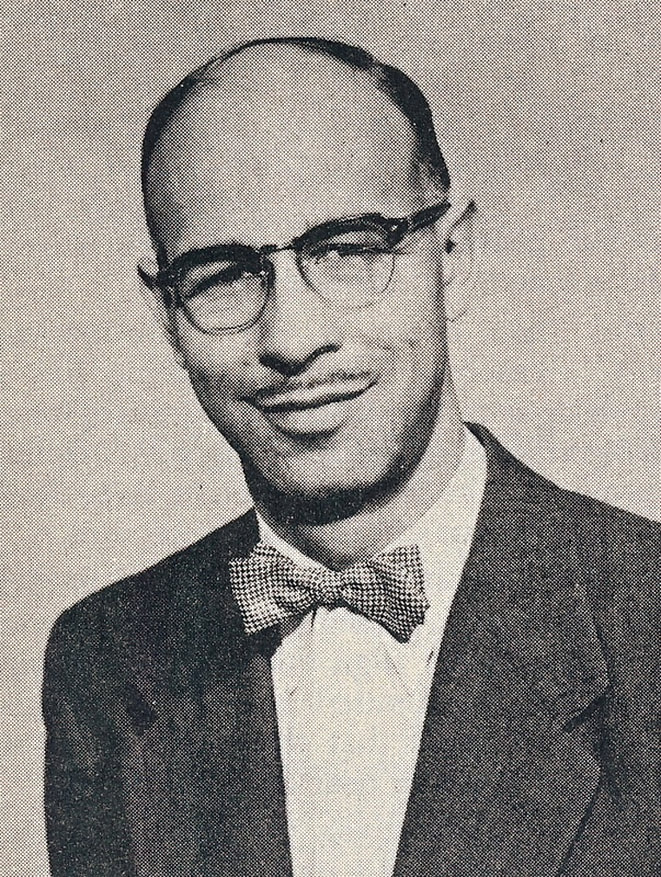 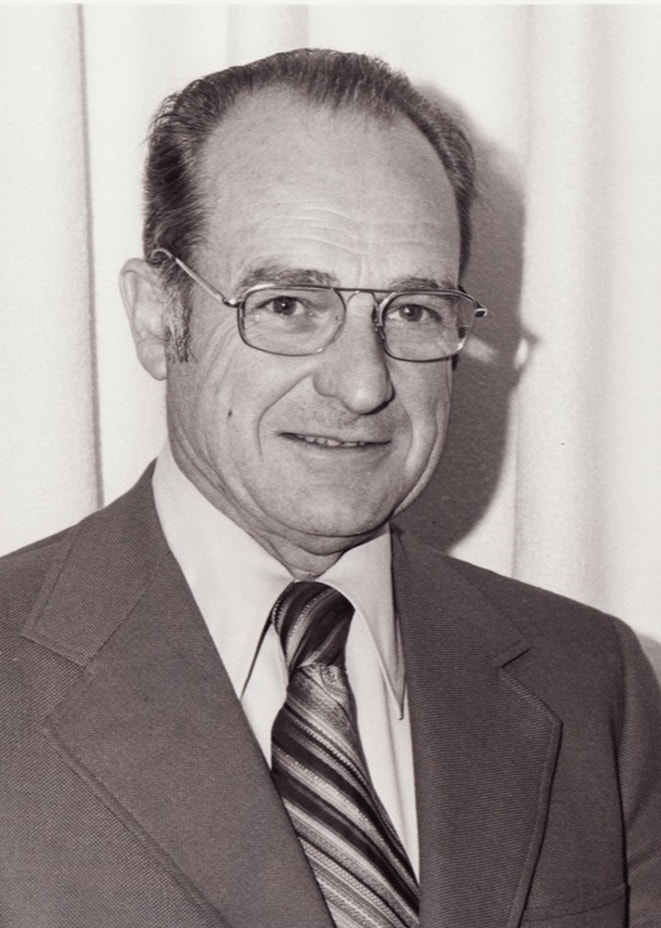 Ned C. Wheeler
From 1975 until his death in 1981, Ned C. Wheeler, a founder of the Utah Scholarship Foundation for the Deaf, oversaw the fund and scholarship awards with the assistance of a governance board. The Ned C. Wheeler Scholarship Foundation for the Deaf was renamed shortly after his death. Prior to his retirement in 1980, Ned worked as a civil engineer for the city of Ogden for 40 years. From 1968 until 1981, Ned served as a member and chairman of the Governor's Advisory Council for the Utah Schools for the Deaf and Blind. He served on the National Association of the Deaf's Ways and Means Committee from 1966 to 1968, and was the convention chairman for the 1968 National Association of the Deaf conference in Las Vegas. He was even the National Fraternal Society of the Deaf's Grand Western Vice President. He was elected to the Gallaudet College Board of Trustees in 1972.

G. Leon Curtis. UAD Bulletin, Summer 1968
G. Leon Curtis was a well-known hard-of-hearing LDS member both in Utah and across the country. He was president of the Utah Association of the Deaf from 1965 to 1968. During the 1965 Utah State Legislature session, he lobbied the legislature for proper deaf adult services under the Office of Rehabilitation Services, which eventually led to the founding of the Sanderson Community Center of the Deaf and Hard of Hearing. In 1985, Leon and his wife, Connie's oldest daughter, Susan Ann, starred as a young hearing girl named Margaret with deaf parents in the film "Love is Never Silent," in which prominent parts were portrayed by Ed Waterstreet and Phyllis Frelich, both veteran members of the National Theatre for the Deaf. 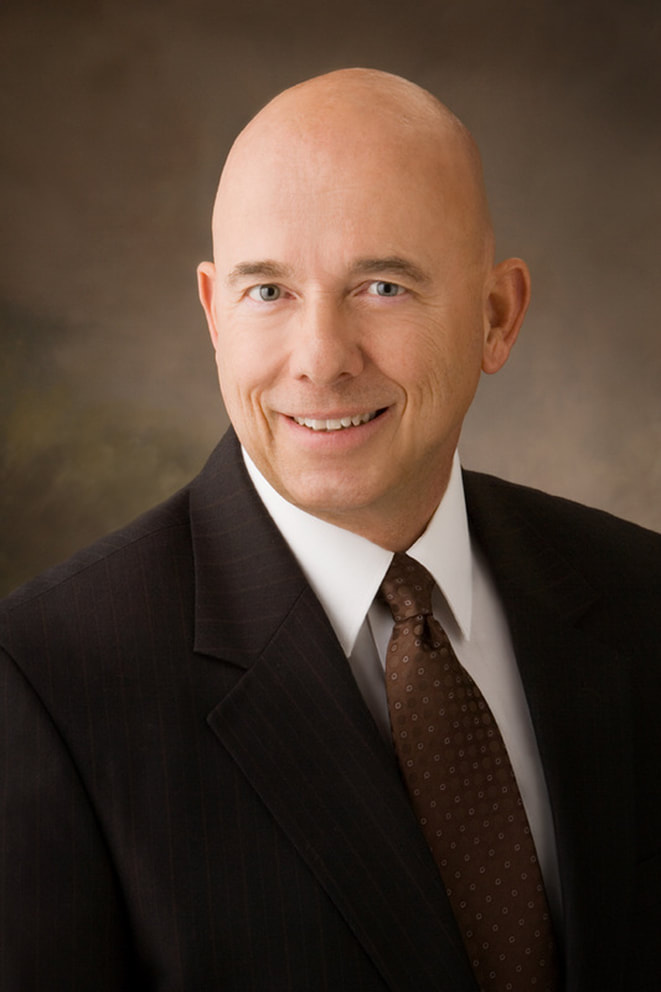 Ronald C. Burdett @ Sorenson Communications Inc
Ron C. Burdett, also known as Ron, is a Utah native. Kenneth C. Burdett and Afton Curtis, both Deaf, were his parents and both graduated and taught at the Utah School for the Deaf. Ron was raised and schooled at USD. In 1970, he earned a bachelor's degree in computer studies and accounting from Gallaudet College, and a master's degree in special education and rehabilitation from California State University, Northridge. Ron eventually found success in a variety of professions. The Ron Burdett, '70, Seminar Room, located on the second level of the Sorenson Language and Communication Center building, was named after Ron on September 29, 2016, in recognition of his numerous services to the Deaf community.