Compiled & Written by Jodi Becker Kinner
​2012-2021
There were no sign language classes or interpreter training programs prior to the late 1950s and early 1960s (Humphrey & Alcorn, 2001). CODAs (Children of Deaf Adults) were common interpreters for the Utah Deaf community at events, appointments, meetings, church activities, and other occasions.

Interpreters, particularly CODAs, volunteered to interpret for Deaf people for years until the National Registry of Interpreters for the Deaf (RID) was founded in 1965, according to Beth Ann Stewart Campbell, a Utah native, CODA, and former director of the Utah Community Center for the Deaf (Stewart, UAD Bulletin, June 1973).

During the revolutionary period of the 1960s and 1970s, some minority groups across the country strove to achieve social equality in society at large, and it was an important time for sign language interpreting to grow (Humphrey & Alcorn, 2001). The position of interpreters shifted from "helper" to "professional" as a result of the RID climate change, specifically the Code of Ethics (now known as the Code of Professional Conduct).

Aside from CODA interpreters, the Utah Deaf community relied significantly on hard of hearing people who learnt their language before using hearing aids, and those who lost their hearing later had developed good oral communication. By 1961, the percentage of people who became deaf subsequently began to decline in Utah, while the percentage of people who were born deaf began to rise. Furthermore, the number of deaf people with multiple disabilities was rising (UAD Bulletin, Spring 1961, p. 2). This influenced the need for interpreting services among Utah's Deaf community. They could no longer rely on those who were deaf to interpret when needed. It was clear that the RID organization would be formed to suit their interpreting demands. 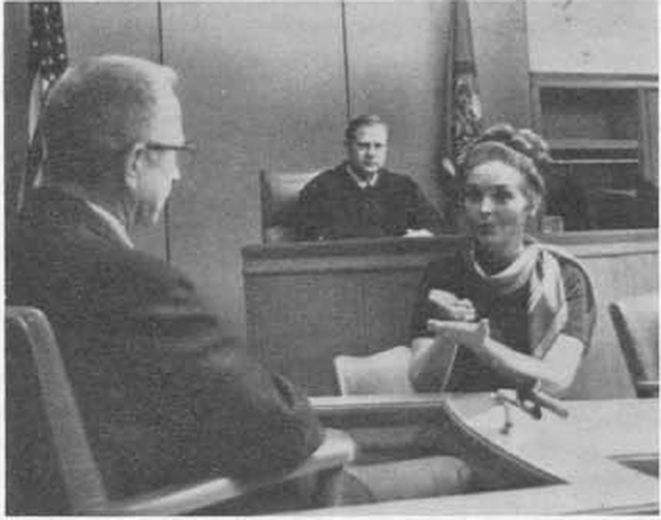 Madelaine Burton (Interpreter) & Robert Sanderson (Deaf). UAD Bulletin, February 1972
The founders of the Utah Registry of Interpreters for the Deaf (URID) were mostly people with Deaf family members when it was founded in 1968. Several long-time leaders of the Utah Deaf community joined the organization as well. Our existing UTRID was eventually filled with trained, competent interpreters, thanks to the interpreter preparation programs.​

Finally, I'd like to thank the interpreters included in their biographies for their amazing dedication and accomplishments to the interpreting profession as well as the Utah Deaf community. They were great champions for us, advocating for the passage of legislation designating American Sign Language as an official language in Utah, mandating interpreter certification, and establishing the Utah Interpreter Program.​ 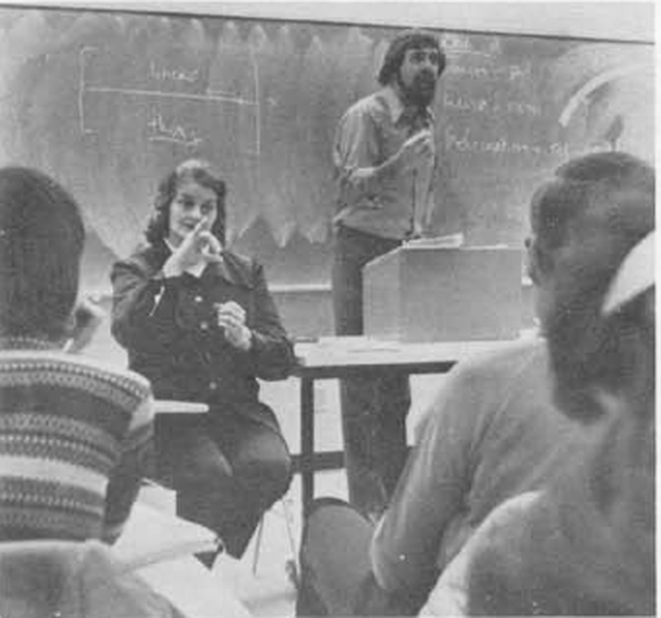 Lucy McMills Greenwood
Lucy McMills Greenwood worked as an interpreter for the deaf for more than 40 years, mostly at the Ogden Branch for the Deaf. She was a well-known interpreter and one of the country's first licensed professional interpreters. She was a member of the Utah Association for the Deaf as well as the National Registry of Deaf Interpreters. Lucy was a staunch supporter of the Deaf community. There is simply not enough room to list all of her voluntary activities. Lucy is complimented for her continuous great dedication to the field of sign language interpreting and her volunteer commitment in giving back to the Deaf community, despite her busy schedule raising a big family. Beth Ann Stewart Campbell
Beth Ann Stewart Campbell held the distinction of becoming Utah's and the United States' first nationally qualified interpreter in 1965. She was a pioneer of interpreting from then on. She was the first hearing woman elected to the Board of Directors of the Utah Association for the Deaf. She was also the first interpreter to coin the phrase "co-therapist" (interpreting for both psychiatrist and patient). Beth Ann was appointed director of the Utah Community Center for the Deaf in Bountiful, Utah, in 1985. She went above and above for years to deliver great service to the communities. She also had an impact on deaf-related services and the interpreting system.​ Beth Ann is our first nationally certified interpreter in Utah and the United States, which is a great honor for the Utah Deaf community and the Utah interpreting community. Jean Greenwood Thomas
Jean Greenwood Thomas, the daughter of Lucy Greenwood, a sign language interpreter and ASL teacher, was on the 1993 State Legislature Study Group to establish a formal interpreter training program and to recognize ASL as a foreign language in school settings. She even lobbied for rules and regulations in high school programs to prevent anyone on the street from teaching ASL without proper credentials. She had network access to key people from the 1993 State Legislature Study Group during the 1994 Utah Legislative session and played a major role in advocating for Senate Bill 41, which would certify interpreters, and Senate Bill 42, which would give American Sign Language the same status as a foreign language. Both bills were passed as a result.